Brian ‘The Lion Rose’ is the new British light-middleweight champion after putting on a measured display of boxing skills, timing and counter punching excellence, to outpoint Prince Arron over twelve technical rounds at the Robin Park Arena on Saturday night.

Rose continued from start to finish to beat Arron to the punch from behind a water tight guard and his counter punching tactics, confused the taller champion who never got to grips with Rose’s style. In the end the judges called the fight a split decision. two judges had it 117-113 116-113 in favour of the deserving ‘Lion’, with the other giving it to The Prince 115-114.

The 26-year-old challenger, from Blackpool, made a great start to the fight, he was landing constantly with his right cross backhand, knocking Arron’s head back and gaining an early advantage.

Arron, 23, just never got going he looked flat and short on ideas of how to get off on Rose, without being countered coming in. Coach Bobby Rimmer’s game plan was carried out to a T by his student Rose who took centre ring from the start and stayed there.

The champion came into the fight more in the middle stages, but could never sustain any advantage and Rose stuck to his task, he was not having to get out of his comfort zone and stayed calm and composed throughout. 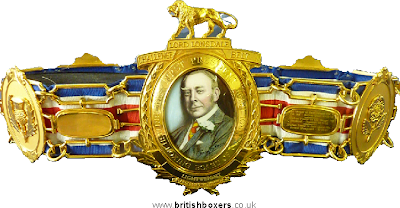 Rimmer had told us before the fight that Rose’s reach was only an inch shorter than Arron’s, and despite the Manchester boxers bigger height, this proved a telling factor throughout the contest.

Rose had sparred many rounds with Arron in the earlier part of his career and proved to have all the answers to the younger mans work. Arron’s height didn’t prove to be an advantage and Rose made him look increasingly awkward as the fight wore on. Arron could never pick up the pace and stood on the outside thinking about it too much. While Rose focused and content to work to the plan.

The fifth round was better for the champ as he started to regain his rhythm and finally looked to have come out of his shell, he caught Rose right hand that dazzled Rose, but the champion couldn’t manipulate the situation and Rose was back in control of the fight, primed to counter attack.

The Prince’s coach Bob Shannon was urging his fighter on in the corner, but the champion couldn’t heed his advice and although he tried his best on the night to hang onto his title he was always second best to the canny Rose.

“Words can’t describe how I feel, it’s my dream come true,” Rose told Sky Sports. “I thought I won every round apart from two or three, I felt in control all the way through – I thought I won the fight easily.

“I said I was going to box for a few rounds and then take it to him, but I didn’t need to take it to him. What I was doing was working so I stuck to my guns and it worked for me.

“I was the underdog and it put the pressure on Prince Arron. If you know you’re the odds-on favourite it piles the pressure on, but I knew it was a 50-50 fight.”

Prior to the fight BritishBoxers went into both camps to get each fighter and trainers thoughts on the fight ahead. Enjoy the build-up to ‘The Prince and The Lion’ – Prince Arron vs Brian Rose.