Frankie Gavin Interview: ‘I’ve got my Mojo back’ 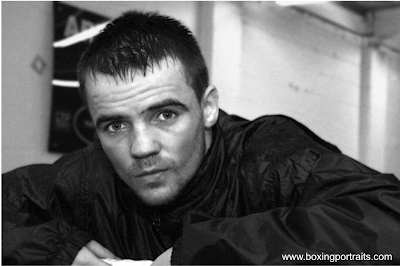 After a tough 2011, Frankie Gavin
returned to the fore on Nathan Cleverly’s undercard last month with a
hugely impressive third round stoppage of ex-British champion Kevin
McIntyre.

And the obscenely gifted 2007 world
amateur champion, still unbeaten in 12 as a pro, was adamant that he’d
got his mojo back when he spoke at length to boxing writer Glynn Evans
last week.

After seven months out, you seemed back to your brilliant best on Saturday night. How did you feel?
First round, I felt a bit nervous
and jittery, getting used to it again with the small gloves but, after
that, it was just what I needed. For once, I had the right answer for
every question I set myself. Was I focused? Had I lived right? That’s
the best I’ve looked on the scales and the strongest I’ve felt in the
ring. I’m a happy person again. No disrespect to Kevin, but if we fought
again, I get rid of him even quicker. – Hopefully, the win gets my name back out there and puts my rating up.

After your much documented recent difficulties, how are you doing?
I’m back home in Birmingham, living
with my mum and I’m in a really good place, really happy. My mum had
cancer but she’s now doing sound which is a big weight off my mind. I’ve
not been out for 12 weeks and I’ve no intention of going out after this
fight either. I’m not missing it (the socialising). I want to spend a
week with my new son Daniel (born today, 1st March), who we’ve named after my mate who died but I intend being back out in the first week of April.

Given your ‘Funtime’ moniker and
past indiscretions, it was a huge decision to withdraw on the eve of
your WBO Intercontinental fight with Frenchman Frank Haroche Horta last
October. Why did you feel you needed to make that call?
My head wasn’t right because of the
problems with my mum. It started to play on my mind more and more and
fighting was just too big a gamble. You only have one career and one
loss could ruin it.  It’s possible if I’d gone through with the fight
I’d have still won but I’d nearly come unstuck against Curtis Woodhouse
and I just wasn’t prepared to risk it. I felt very guilty about it but
I’m really competitive, really hate losing, so everything has to be
right.

Even prior to the pull-out, you
had back-to-back poor performances against Young Mutley and Curtis
Woodhouse (both 12 round points wins). How do you account for that?
Against Mutley I was simply ‘flued
up’ plus he was extremely negative so it would’ve been very hard to
shine even if I was right in myself.
Part of the problem is that people
expect so much from me. Before the Woodhouse fight, my mum was bad with
the cancer but that’s no excuse. I expected a walk in the park and I had
no tactics. I was crap by my standards but, watching the tape back
objectively, I still won eight or nine rounds against him, on his best
day. Curtis is a very fit lad but, when I needed to dig deep in the last
few rounds, I really put it on him. I was pleased with that, if nothing
else. I’ve a naturally fit engine. Noone could say I wasn’t fit. 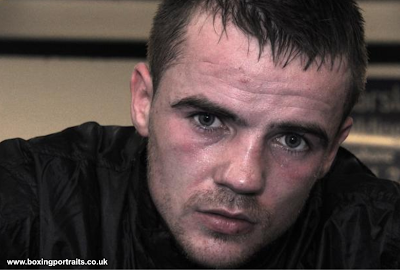 After stints with Arnie Farnell
in Manchester, then Mark and Jimmy Tibbs in London’s East End, you’ve
recently returned to your old amateur trainer Tom Cheney. Why didn’t
things work out with the others and what can Tom offer?
Firstly, I don’t want people
thinking I’m going to be one who flits between trainers. I was with Tom
Cheney from when I was 14 until I was 23. I stayed with Arnie for nearly
three years and eleven fights and we got on really well. I’m very
grateful for everything he did for me. He always said to me that if I
ever felt I wasn’t improving or wasn’t happy I should leave and
unfortunately we hit a stale note. A lot was going on family wise. My
nan, who I was extremely close to, died and my mum was diagnosed. – The Tibbs thing was only ever a
temporary one fight arrangement to see how we got on. Mark and Jimmy are
both lovely people and excellent at getting you mentally strong,
feeling really good about yourself as a fighter. The atmosphere at the
TKO gym was fantastic. The problem was being stuck in a bedsit with an
elderly lady. It just weren’t for me. I got very bored and it started to
get on top of me. – Tom Cheney knows everything about
me, everything that made me world amateur champion and won me all those
other titles in the amateurs. In my last couple of fights but,
particularly against Curtis Woodhouse, I spent too much time pawing with
my jab, waiting for openings rather than actually working for them
myself. I was landing nothing solid. – Others were a bit too keen to change
me but Tom’s got me back on the jab and has been restoring the old head
and foot movement, working on when to stand my ground, when to take
off.  – Recently I’ve been sparring Peter
Vaughan from Banbury, Ryan Aston, Tommy Langford a very rapid
light-middle, Max Maxwell and all the lads from Jon Pegg’s gym. They’re
all good lads but none of ‘em can touch me. Everything people raved
about the night I destroyed (ex ABA titlist and Prizefighter champion)
Michael Lomax in seven rounds is still there. – The way things are going now, Tom Cheney will be my last trainer.

You’ve always been a people person. Is it difficult training in relative isolation at the Hall Green amateur club?
Outside boxing, you’re right, I like
people around me and, being back in Birmingham, I’m back close to all
my friends and family. However, in the gym, I’ve always been a bit
selfish, always craved the one-to-one attention of the coach. I like it
that Tom can study every single part of my training. – Given your stellar amateur pedigree,
you should be a lot further ahead in your pro career after three years.
Who or what is to blame? – It has to be myself, of course. That
said, the stuff that’s happened with my family and in my private life
would’ve taken anyone off the rails. – Hopefully my problems are now behind me. Right now, I’m very happy and
very hungry. I feel like I’m starting out all over again and I’ve really
got the buzz back, just like I had for my first few pro fights. I
guarantee there’ll be no more pull-outs unless I’m seriously injured.

In an interview we did last
summer, you told me you intended fighting at light-welter because at 147
you were conceding too many advantages. For your comeback in Cardiff,
you were back up at welter. How come?
Yeh, I was listening to too many
other people. I’m definitely tall enough to hold my own at welter and I
always spar with lads far heavier without any problems. It’s only since spending time with
the Tibbs’s that I’ve started doing circuits and that’s really got my
body strength up. Now, in addition to the basic technical stuff, I’m
doing strength work and circuits every single day; press ups, sit ups,
chin ups. At light-welter, I was just training to loss weight. Welter
allows me to train to become a more complete all round package. – Before I was eating crap and having
fizzy pop. I actually thought Diet Coke was good for me! Now, I’ve
really got my diet sorted. I’m on the protein and carbs, eating only at
certain times and my discipline’s a lot better. But it’s hard!

(Master conditioner and
nutritionist) Kerry Kayes has kindly been working closely with me. He’ll
be around me at the weigh-in and in my corner on fight night which is a
big plus.

What are your hopes for 2012?
I want to win big things. Hopefully,
victory over McIntyre will put me in line for a fight with Horta. That
needs clearing up. He needs to be shut up and sent back to France. After
that, a British title shot at Colin Lynes. I should be next in line,
not someone like Denton Vassell or Lee Purdy.
Apart from Kell Brook, who’s a level
above at the minute, I don’t see any other British welter who could
beat me now my head’s right again. The European champion (37 year old
Italian southpaw) Leonard Bundu is definitely very beatable, even if I
fought him next. – The better the opponent the better I
am. When I was boxing top world class in the amateurs, I’d really be on
edge and that would give you 10% extra on your speed and power. In 67
international bouts, I only lost seven and all to guys who medalled at
major tournaments. When I won the Worlds, I beat the guys rated one, two
and three.  – I’ve got my speed back, I’m very
hard to hit flush and I’ve got all that experience from boxing the
world’s elite amateurs. Now I’ve just got to prove it.
courtesy of www.frankwarren.tv
.