Scotts Menswear is offering ringside seats to one of the biggest UK boxing matches of the year, as Kell Brook faces Matthew Hatton in a welterweight bout at the Motorpoint Arena in Sheffield on March 17th.
Brook, the brand ambassador of the Original Penguin range from Scots, is taking on his Stockport-born rival on home turf in a bout that has been dubbed the “War of the Roses”.
Currently in the top ten world rankings of all four major world governing bodies, Brook is hoping a win will put him in a strong position for a shot at the world title later this year.
“This is a fight I’ve wanted for a long time and to get it at the Sheffield Arena means the world to me,” said the 25-year-old. “I know I’m comfortably the best welterweight in Britain and I’m going to put in a devastating performance on March 17th to show the world just that.”
Tickets to the fight start at £30, but we’ve got two pairs up for grabs. To enter, just log in or sign up for an account with Scots and answer a simple question. The lucky winners also get bed and breakfast at the four-star Hellaby Hall Hotel in South Yorkshire, a converted 17th-century manor house complete with a gym, swimming pool and spa facilities.
Kell Brook began his collaboration with Scots last year, and the results so far include an interview with the boxer featured on the Scots website; a collection of behind-the-scenes videos posted on YouTube and a photoshoot with Sky Sports in October, where Brook sported a number of items from Original Penguin. The full range from Original Penguin includes superb and sporty polo shirts, shoes, bags, chinos and much more.
Check the scotts website for more details, and good luck to all our entrants!
Dominic Ingle reveals Kell Brook will be at his finest in the ‘War of the Roses’ clash vs. Matthew Hatton. 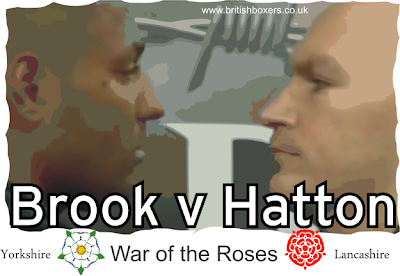 Kell
Brook intends to remind fans why boxing is one the greatest sports
around. His passion and professionalism shows in the ring with every
slick move and punch. When he collides with Lancastrian rival Matthew
Hatton next month, both men will aim to fly the flag of British boxing
high during their contest at Sheffield’s Motorpoint Arena.
The
class and style of the twenty-five-year-old prizefighter is a credit to
his trainers at the St. Thomas Boys and Girls Club in Wincobank,
Sheffield. It is legendary among boxing enthusiasts for its rich history
of success stories, where discipline and structure is provided to those
willing to learn. Beyond the famous names of Naseem Hamed, Johnny
Nelson, Junior Witter and Herol Graham, the modest converted church
building has often opened its doors to embrace the young and
disaffected. Continue, read the full article by Jane G.
www.britishboxers.co.uk