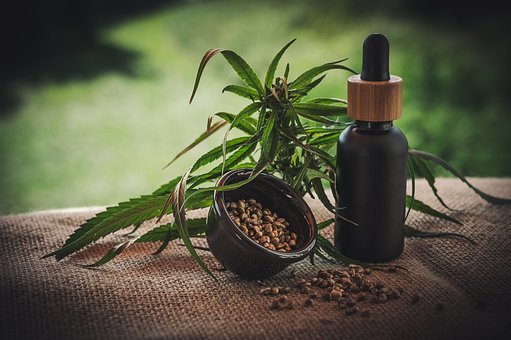 Watching boxing and understanding this tough and intense sport, you’ll realise that boxers need something to take care of their bodies’ pain and inflammation from battle. Fighters suffer from several impacts, not only physical but also mental. Due to this, the pain takes a while to subside, which may be a disadvantage as boxers need to prepare and for the next fight.

Trending
Eggington clashes with Zysk in Coventry on Saturday night

Nonetheless, many boxers, including amateur, are discovering a solution to their body pains and inflammations through other contemporary therapies. CBD, a natural and very therapeutic medication, is now a must-have suppliment for a lot of boxers. So why and how are boxers using CBD with reportably little to no side effects and even recommending it to others people who experience pains and inflammations? We had a look into it and some boxers who have publicly championed the new trend.

What is CBD, and How is it Useful?

CBD, which stands for cannabidiol, is a natural product derived from cannabis. Cannabis is a chemical naturally found in the hemp plant. The hemp plant is a relative of the marijuana plant. The only difference between the two plants is that the Hemp plant does not contain the component THC, the psychoactive component that produces the high sensation. Therefore, the hemp plant is considered healthier and also safer.

For a long time, CBD has been used to treat anxiety and insomnia. As research continues, CBD now offers an option for managing chronic pain. Pro boxers have now adopted the medication and are advocating for the use of the same. A major reason why boxers recommend it is because it does not lead to addiction, unlike other products like opioid-based pain medications that have been used for quite some time. This trait allows them to remain focused hence resuming training immediately after major matches despite the injuries incurred.

Ways on How CBD is Helpful.

Boxers suffer from injuries and inflammation. It gets worse since they are required to get back to the ring almost immediately after other matches. Therefore, any boxer aiming for wins is required to have high pain tolerance. CBD comes in as a savior. CBD reduces inflammation and, in the process, reduces pain. With this advantage, a boxer can bounce back feeling strong as before.

It is very normal for a pro boxer to have poor sleeping patterns due to physical and mental turmoil, especially when the boxer is not finding a way to deal with the problem. Sleep is important because that is the time the body heals and rejuvenates. Damaged cells also regenerate when people sleep. In the case of not sleeping enough, you will wake up feeling exhausted and frustrated, which leads to poor focus. The body will also not have enough time to heal and replenish. CBD solves sleeping problems. When a boxer takes the medication, the body can relax. With the body relaxing, one can sleep easily and recover all the energy consumed during major tasks. The body can heal very fast, and the cells regenerate, which allows them to perform well in their matches.

Once in a while in the life of every human being, we anticipate upcoming performances. This anticipation comes with stress which eventually leads to anxiety. Anxiety makes it hard to function properly, which leads to poor performance. The pressure that comes with wanting to win a match is a lot to handle for every boxer. For a long time, CBD has been a good anxiety reducer. CBD brings the body back to its normal environment, and thereby all hormonal functions are restored. With this property, pro and amateur boxers are embracing CBD to deal with the anxiety.

Forms in which CBD can be administered

Admittedly, vaping is by far one of the best ways of ingesting CBD. Vaping allows the CBD to enter directly into your bloodstream, so you’ll feel the effects quicker than you’ll with other ways of administration.  Nowadays, Vape products are obtainable in a wide range of innovative features that allow everybody to tailor their ideal vape experience. If you’re passionate about enjoying a good vape, vaporizers at Zamnesia are your best bet. Other ways to consume CBD include:

CBD is yet to be accepted into society because not enough research has proven its effectiveness. However, two professional boxers in the United States publicly promote it: Shannon Briggs and Teofimo Lopez.

Shannon Briggs is an American professional boxer who has been a veteran of the sport since 1992. He has held the world heavyweight championship twice. Briggs is well known for his fast hands and best punching power.

In 2010, Briggs lost a match to Vitali Klitschko. Brigg took a severe beating. The beating made him suffer a left orbital fracture, a torn left bicep, a broken nose and a mental breakdown. However, he had a dramatic comeback in 2014. He attributed the use of CBD which positively affected his quick recovery.

Ever since then, Brigg has been campaigning for CBD medication.

Teofimo has just begun his boxing profession lately. At only 23 years of age, Teofimo turned professional after winning the 2015 Golden Gloves. After the win, Teofimo gained a scholarship from the CBD industry. He is promoting the oral CBD product by taking it for body and mental recovery. As Teofimo’s profile increases, he hopes to bring the CBD product to a wider audience.

CBD is gaining popularity, especially in the sports world. It has also been proven to treat a variety of health issues. However, before widespread acceptance, we must keep researching the effects of CBD medication and it’s impact on boxing and boxers performances.