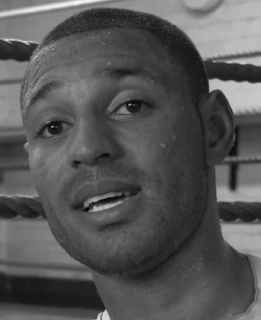 It was a case of ‘Ask and you shall receive’ when the IBF published their new welterweight rankings last Thursday with both Brook and Jones riding high after being ranked at five and three respectively.

Carson Jones recently poured cold water on a potential fight with Kell Brook by dismissing the Sheffield man’s IBF rating.  The highly ranked American stated that Brook would have to move through the organisation’s top ten to justify a showdown.

Mike Jones and Randall Bailey contest the vacant IBF 140lb title at the M.G.M. Grand on June 9.  “M.J.” is currently ranked at number one by the governing body, Bailey is number two, the contest will crown a champion and could see both Brook and Carson Jones bumped up a space or two, which would place them in an ideal position for a final eliminator.  Argentina’s Hector Saldivia is ranked at number four, but he has been secreted away in his home country in recent fights and could miss out.

As per IBF rules, the crowning of a new champion, likely to be Mike Jones, will leave the number one position open and the governing body will strive to announce a final eliminator between the next two highest ranked fighters within one business day of the number one position becoming available.
Carson Jones, 33-8-2 (23), defends his USBA belt against Allen Conyers, 12-6 (9), on May 26, a win for the 25-year-old would bring him a step closer to the IBF world title and set up a possible meeting with Brook, who won a unanimous decision over former WBC light-middleweight title challenger Matthew Hatton last month to move to 27-0 (18).
When asked about the possibly of a Brook-Jones final eliminator, the IBF confirmed to Britishboxers.co.uk that ‘As of yet, nothing has been decided on this’.  It is likely that a decision will be made should Carson Jones overcome Conyers, with Brook’s recent ranking boost placing him in an ideal position to secure a final eliminator with Jones for his next outing, a July seventh bout at Sheffield’s Motorpoint Arena.
Indeed, Eddie Hearn, who promotes Brook, believes that a showdown with Carson Jones would be a positive forward step for his charge.  Hearn took control of Brook’s career last year.  Hearn’s chief aim was to make “Special K” a big draw in his home city of Sheffield.  The capacity crowd and positive Sky figures for the Hatton meeting underlined the Yorkshireman’s burgeoning popularity – Hearn can now use Brook’s status to lure leading contenders over to these shores.
“I called their team straight away after the Hatton fight,” said Hearn when speaking to me about the possibility of a final eliminator with Carson Jones.  “It is a great fight and both camps want it.  We will have to see what happens in the rankings.”
Well, both fighters are now in the top five.  Saldivia may yet be sacrificed on the altar of pragmatism and given the promise of a title crack further down the line to accommodate Jones and Brook as both teams want the fight.  Plus Carson is likely to accept that Brook’s ability to bring in big crowds and viewing figures makes a trip to the UK a viable option as he seeks to firm up his own status as the IBF’s top contender.
There are a few variables, but it seems increasingly likely that Brook will meet Jones in his next fight and the winner will have a great chance of securing a meeting with the next IBF welterweight champion before the turn of the year.
By Terry Dooley
Courtesy of Rick Reeno and www.boxingscene.com