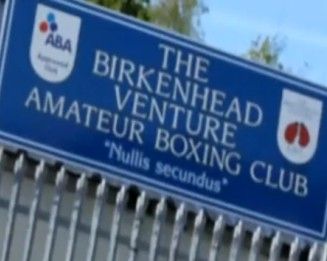 Venture ABC Birkenhead – A Phoenix Risen from the Ashes

Like the mythical Phoenix, Birkenhead Venture ABC has risen from the ashes. Indeed, the club has been burnt down, burgled and permanently closed over the years. But now, thanks to the hard work and dedication of its original founders and commited coaching staff, it is back and doing better than ever.

In the first three and half seasons of its resurrection, the club picked up a multitude of national titles and established itself as the rising star among Merseysides already vibrant boxing scene. 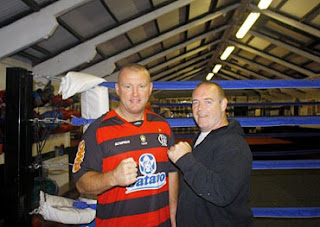 In just the first half season they racked up an impressive 18 out of 18 wins and in the first three seasons, had five national titles and a tri-nations gold medallist.
The Venture has taken on new trainers over the years including Danny Kelly and continue to go from strength to strength. Some nights the gym can get upto 100 kids coming in from the surrounding areas and estates. This old ship building town that has suffered deprivation and severe unemployment and a generation of children with the need to find a sanctuary, the Venture ABC has helped many do that over the years.
Currently they have the biggest numbers attending the gym, including 42 carded amateurs and two professional boxers, trained by a team of 10 ABA qualified coaches. Like any amateur club up and down the country the coaches and volunteers give their time and efforts to keep the club running by collecting subs and organising fund raising events but it is always a constant struggle to break even, such is the cost of keeping an active gym going and self sustainable.
The club was originally set up by Dennis Trodden and Herbie Harrison in 1978 and had instant success with several area champions and a Junior ABA winner in Robbie Girven.
But after a few years it fell on hard times. Random acts of vandalism and ever growing work commitments led the coaches to handing over the gym to a trainer named Tony Diponio, who renamed it the Cavendish Wirral.

A few years passed and once again the club found itself facing difficulties. Diponio took the decision to close the club and it seemed that another of the North West’s respected boxing establishments was lost forever.

The building, situated on Brassey Street, fell into disrepair until Dennis and his son Sean Trodden decided to give the old place another go in 2008.
They acquired back what they described as a ‘bombsite’ but with donations from local businesses and the ‘youth capital fund’ they were able to get a new roof, central heating and get it to the fantastic standard it is now. They took over what was basically a derelict building and turned it into the success story it is today.
I went over to the gym recently to see what had been achieved and was greeted by the fantastic people at the gym, my friend Danny Kelly and the gym founders Dennis and his son and head coach Sean, and their boxing prospect Sean ‘Masher’ Dodd.

The gym which was closed for Dodd’s final training session before his second pro fight, is a great resourse and the equipment and space in which they work is of a high standard and is a testament to the men who have worked hard to get it to such heights. The Phoenix truly has risen in Birkenhead and it’s called the Venture Amateur Boxing Club.

In the video above I speak to coach Danny Kelly and founder Dennis Trodden about the history of the club, the fighters they have coming through and the future.
If you would like anymore information on the Venture visit www.ventureboxing.co.uk
By Chris Maylett