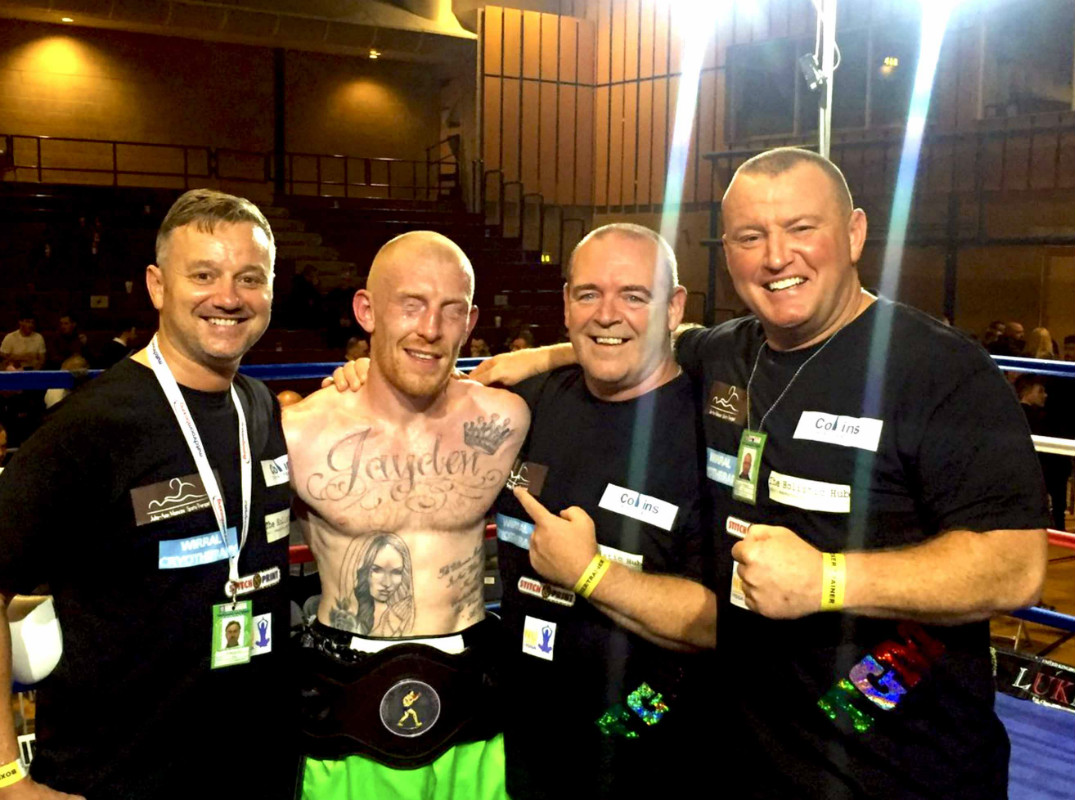 Sean Lewis (6-1-1) nicknamed the`The Ginger Mexican’ from Birkenhead stepped in at late notice to take on southpaw stylist Adam Ismail (9-2) for the vacant super-welterweight central area title on Saturday night at Wigan’s Robin Park Centre and came away with the strap around his waist.

Liverpool’s Ismail, 31, was set to take on Joe Tonks in an all Liverpool derby for the belt, but Tonks pulled out with an injury. So Lewis, 27, who was to feature on the undercard jumped into the main event when offered the chance by promoter of the show Steve Wood and it proved to be a canny decision.

A very good fight entailed, in a close fought contest with both giving their all, which was reflected on the referee Mark Lyson’s scorecard that read 95 points to 96. Ringside observers were split at the final bell, but the common denominator was it could have gone either way, suggesting a rematch could be called.

“We new it was going to be a tough fight.” Lewis told British Boxers.

“Adam is a tall rangy southpaw boxer, so the plan was get in close ruff him up. It wasn’t going to be a pretty fight but I done what was asked if me: ‘Have a war.’

“A southpaw was always going to cause problems due to me only having three days of sparring with a southpaw lad, but we done the job.”

"Masher inspired me the day I watched him on Sky Sports fighting Gary Buckland. Thinking that should be me as well; he is one of my best mates and is there all the time for me. This is the turning point of my career now and I hope I can follow in his path.

"The future is bright. I want bigger and better things and to prove I can do it. I trust my team to make the right decisions for me.  I'm confident more titles will be coming back to the venture."

The fight was that close, it split opinion ringside when the final bell rang. British Boxer's John Evans; who was commentating for VIP Boxing TV, felt at the end Lewis had just nicked it yet wouldn't have argued with a draw. A rematch wouldn't be scoffed at from fans and its not known if Ismail will call for one, but Lewis is happy to let his coaches and management plot his next move.

"I won the fight. It was a close one not going to deny that but I had the more hurtful shots and never stopped coming forward. End of the day it's up to my team to decide who where and when I fight next."

Lewis, who turned over pro in 2012, had a three-year layoff from boxing after losing and drawing two fights back to back in 2013 and didn't box again until April this year, with the Ismail fight being only his second outing in that time. But he says he is back now with a new found desire for life and his boxing career.

"I was out for a while I wasn't in the right place in my life." he explained.

"Now I have got a loving family, amazing son and girlfriend and content with my life, with no worries. This spurs me on to do what I do. I have a full time job working in Runcorn in Electron as a parts inspector working three shift patterns, but want boxing to be my number one career and that is what I am working towards."