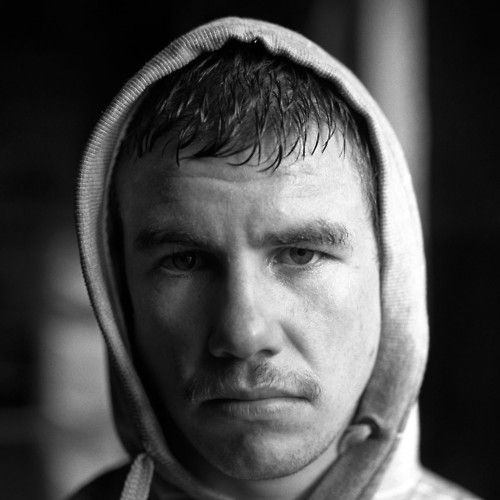 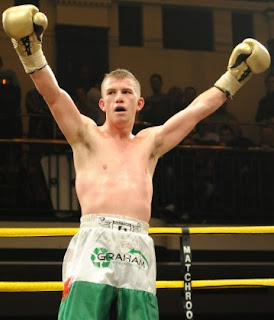 Gary Buckland will defend his British super-featherweight title against former European champion Steve Foster Jr on the undercard of Ricky Hatton’s comeback fight at the MEN Arena in Manchester on November 24.
The fight was set to take place on October 5 at the Magna Centre in Rotherham, but with The ‘Hitman’ set to return to the arena where he had his greatest triumph, Buckland v Foster will be another added bonus to a bill that looks to be something special.
Buckland, 26, is in great form of late, since his 10th round loss to John Murray up at lightweight in 2010 for the British and European titles. He has now moved down and settled in the lower super-feather division where he has proven himself the UK’s top man at 130lbs.
He has had 28 fights, won 8 by knockout and lost 2. His only other defeat came against Ben Murphy on points over 6 rounds in 2008.
‘Dynamo’ won the Prizefighter super featherweight trophy six months after the loss to Murray. Knocking-out the then unbeaten British champion Gary Sykes in the first round. The Lonsdale belt wasn’t on the line that night, so despite the win Sykes still took it home with him. On that night Buckland also beat Derry Mathews and Stevie Bell on his route to winning the tournament and a £32,000 one night wage packet.
The Cardiff man faced Sykes a year later in a championship contest over twelve rounds, this time with the title on the line. In what was one of the fights of 2011, Buckland outpointed Sykes to claim the strap.
His first defence of the belt was a points win over Paul Truscott. He then took a tick over fight in July against Innocent Anyanwu and will go into this potentially explosive clash with Foster on form and confident. 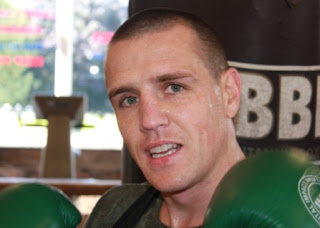 Foster now 32, from Salford, Greater Manchester, is a seasoned pro, he has had 34 fights, 18 knockouts, 3 losses and a draw. He won a WBU title in 2005 against Colombian Livinson Ruiz and made one succesfull defence against John Simpson a points win, before losing the title against Liverpool’s Derry Mathews on points in 2006.

After two comeback wins Foster (left) got a shot at Alex Arthur’s WBO super featherweight crown. It was a close fight, but Arthur took the decision. After ten months out of the ring Foster returned to rack up 4 wins, that earned him a shot at the European champion Levan Kirakosyan in October 2010. It was Fosters finest hour, he ripped the belt away from Kirakosyan in round 3.
Four month’s later though in his first defence, Foster lost his crown when he was outpointed by Ermano Fegatilli. – In his 3 career defeats, Foster has never been stopped. He has had 2 wins since losing the European title and goes in with Buckland himself in form in shape and ready to resurrect his career in this his first challenge for the Lonsdale belt.
This can be nothing but a good fight and more! – Both only seem to know, or maybe just like one way to fight? Toe to toe in the middle of the ring! – Expect both to lock horns from the opening bell to get the MEN crowd all reved up for the main event.
Dont write Foster off here in this one, the only other super featherweight in the country ranked higher than him is Buckland. Foster is in top shape in the gym and chomping at the bit for this opportunity.
Buckland has improved mentally and physically since becoming champion and he will be a tough nut to crack. Foster will need to rip the belt from him and with force! Because Buckland’s grip is super tight, he loves being champion. But if there is one man who can at this time, it’s Steve Foster Jr.
Look here for an high octane, fast paced battle over twelve gruelling rounds…. And the winner? Take your pick!
Undercard
Fights set to take shape for the Hatton comeback show. The Scott Quigg and Rendall Munroe rematch. Plus British and Commonwealth middleweight champion Martin Murray challenging for the WBA interim world title, possibly against Venezuela’s unbeaten Jorge Navarro.
Others likely or hoping to appear on the MEN show will be Ricky’s own stable of boxers, including his brother Matthew Hatton, Ashley Theophane, Anthony Crolla, Joe Murray, Sergey Rabchenko, Denton Vassell, Craig Watson, Matty Askin, Craig Lyon, Richard Towers, Adam Etches, Jazza Dickins, Mitchell Buckland, Keiron Maher, Scott Jenkins, Adam Little, Kallum De’ath, Ryan Burnett and Craig Bunn.