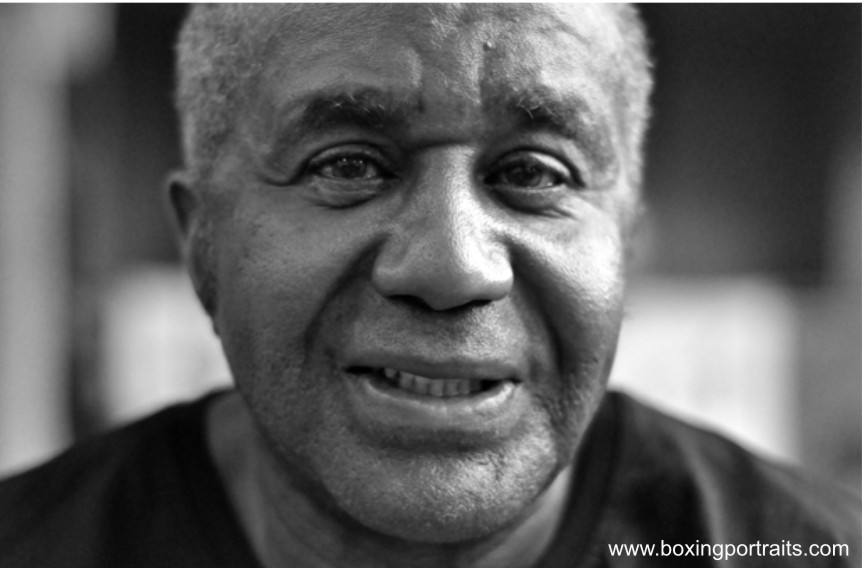 It has this evening been confirmed that Legendary boxing trainer Emanuel Steward has died at the age of 68, despite conflicting rumours going around today denying he had.

After earlier denying Steward had died at the time, the boxing trainers sister Diane Steward-Jones later confirmed the news that all of boxing had feared, that the great man had passed away.

“He went home about half an hour ago. He fought harder than Hagler and Hearns.  I’ll tell you more later.  It’s too tough right now,” she told Detroit reporter Tom Leyden of ABC Action News.

Diane said even toward the end her brother tried to recruit male nurses and other medical staff to box for him. “They loved him,” Steward-Jones said. “He’d tell them to lose some weight and fight for him.”

Steward’s health had declined in recent months and he underwent surgery for diverticulosis recently.  His sister stated that he had suffered setback after setback this week and was unable to fight through them

“Boxing has suffered a tremendous loss with the passing of Emanuel Steward. Vitali and I, along with the entire Team Klitschko, send our deepest and most heartfelt condolences to Emanuel’s family and friends. It is not often that a person in any line of work gets a chance to work with a legend, well I was privileged enough to work with one for almost a decade. I will miss our time together.

The long talks about boxing, the world, and life itself. Most of all I will miss our friendship. My team and I will carry on with the goals we had set while Emanuel was with us because that is exactly what Emanuel would have wanted. I know he will be with us in spirit along the way and we will accomplish these goals in his honour.” – Wladimir Klitschko

“It brings me great grief and sadness to hear of the passing of one of the best and most respected trainers of this era, Emanuel Steward. I learned a lot from him during our professional relationship and I will be forever grateful for his help during that time. We were also friends and I know I am going to miss him as so many others will too.  He was an important part of our boxing community.” – Oscar De La Hoya
“Condolences to Emanuel Steward’s family.” – Mike Tyson

“My prayers are with Emanuel Steward and his family.” – Manny Pacquiao

RIP Emanuel Steward my prayers go out to his family.” – Danny Swift Garcia

“Just heard Manny Steward has sadly died. My deepest condolences to his family, he was one of boxing’s best #legend” – Amir Khan

“There are no adequate words to describe the enormous degree of sadness and loss we feel at HBO Sports with the tragic passing of Manny Steward.” HBO Sports president Ken Hershman

“Emanuel Steward’s death has been confirmed. He was a friend and I will miss him dearly. #RIP” – Dan Rafael

“RIP Emanuel Stewart u will b missed!! – Bernard Hopkins

“Sad to hear the news Emanuel Steward has passed away. A great man and a Great trainer. RIP Manny” – Joe Calzaghe

“Emanuel thank you for giving it all for our sport and for giving me your great advice. We enjoyed those days! You will always be in my mind.” – Miguel Cotto

“We are all grieving the passing of our friend Emanuel Steward. He will be missed by all of us.”– Bob Arum

“The greatest trainer of my time and probably theres no one who could rank higher than Emanuel Steward he was up there with the best of em and it’s just a sad sad day. In my career as a coach, I have to say in all honesty I’ve never looked across at the other corner at any point and been the slightest bit intimidated by my counter part in the other corner except for last year (when Haye fought Wladimir Klitschko)” – Adam Booth

“RIP Manny thanku for everything I will become Wat u said the next dominant heavyweight I promise! God b with u my old friend.” – Tyson Fury

“So sorry to hear @EmanuelSteward has passed away. Met him a couple times. Legendary trainer, Trainer of Legends. #RIPManny.” – Dave Coldwell

“Now that his sister has confirmed it we can say that Manny Steward has passed away. I am numb as are so many others who call him friend.” – Al Bernstein

“RIP Manny Steward & Gr8 man & trainer,had the pleasure of meeting him along with Andy Lee,his Legacy is 2nd to none in World Boxing #LEGEND#” – Paul McCloskey

“Very difficult Ringside, many emotions for a great man, our prays are with Emanuel and his family. God Bless.” – Glenn McCrory

“Emanuel Steward May You Rest In Peace & Thanx 4 The Wonderful Knowledge & Time You Always Gave 2 Me ! “God Bless” – Dean Powell

“If some of those in boxing today had the talent, intelligence, good manners and accessibility of Emanuel Steward… Dream on. RIP great man.” – Glyn Leach ‏@BoxingMonthlyED

“Manny Steward was kind enough 2 be on the very 1st Main Event show couple years ago, was an honour to have spoke with him many times #legend – Barkery Jammeh – Main Event Boxing Show