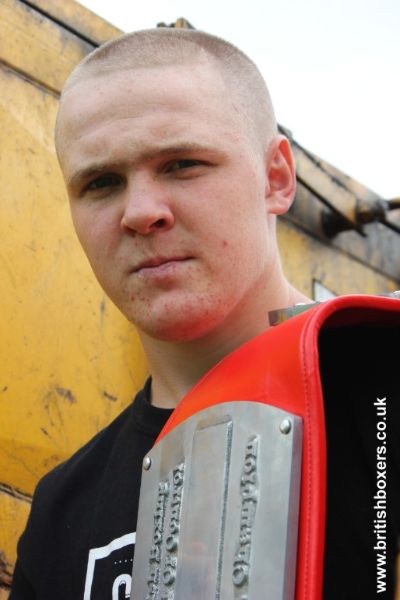 British Boxers In the Ring Q&A with Kieran Farrell 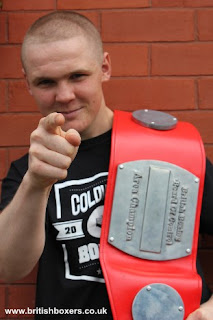 Farrell, 22, who’s girlfriend is due to have their baby around fight month, will hope he can take-care of business and win the vacant English title before the new arrival to the Farrell family comes along.
Kieran is currently training with John Breen in Belfast after parting company with Bobby Rimmer earlier this year and after getting his hands on the Central area belt against the unbeaten Joe Eldith in June, Farrellhope’s for more title success against the experienced Crolla next month.
BritishBoxers.co.uk spoke to Kieran this week to do our NEW ‘In the Ring with Q&A Interview to get to know a bit more about the man behind the fighter.
Kieran how did you get into boxing?
Fighting on the streets as a 7yr old!

Who/what inspired you in the beginning?
Mike Tyson and Prince Naseem

Best advice you were ever given?
Train hard.

Where do you train?
Breen’s gym, Belfast N. Ireland.

Who is your coach?
John Breen.

What was your amateur back ground and record?
I was national junior ABA champion, represented England. I had 35fights won 20.

Who was your first coach?
Mick Rosser.

An Interesting Boxing Story?
There all dead long! One short un, I remember coming down from 54kg to under 46kg as a junior and there was no weight category for me. The lowest weight was light flyweight 48kg.

Craziest thing you’ve read about yourself?
I never remember the crazy stuff because its normally someone slagging ya!

Family Life?
I have a baby daughter on the way, she due 21st December.

Do you have a day job?
Tarmacking when not in training camp

If you wasn’t a boxer, what would you like to be?
A Chef

Whats your best asset as a fighter?
Fighting

What/Who inspires you?
My goals what I want to do in the sport inspire me.

How do you deal with your pre-fight nerves?
Don’t get any, I get more excited than nervous.

Best friend in Boxing?
My brothers are my best friends period.

What rule would you introduce/change in Boxing if you could?
Reintroduce 15 Rounds

Most memorable Gym moment?
First day I ever went to a pro gym with my friend Pat Ward. He took me to Bobby Rimmers where I fought my first 11 professional fights.

Best opponent you have sparred with?
Fittest would be Ashley Theophane, I’ve sparred loads of champions so it would be hard to say.

Best prospect you have seen?
I spotted a Filipino fighter called Mercito ‘No Mercy’ Gesta when he’s only had 12 or 13 fights, he looks like he could go all the way. He’s fighting for the IBF lightweight crown soon.

Best fight you have seen live or on TV?
Domestically Mathew Macklin v Jamie Moore. But there’s so many, Corrales v Castillo, Diaz V Marquez, Hatton v Tszyu was also a memorable one.

If you could be ringside for one fight next year which one would it be?
Mayweather v Pacquiao.

If the phone rang this afternoon with a Big fight offer, who would the opponent be and where?
Adrien Broner on the Las Vegas strip.

Toughest Part of training?
Waiting for the gym to open!

Toughest Opponent you have faced?
Toughest as in took everything I gave him, was my last opponent Kristian Donchev.

Would you be a Boxer if you started your life again?
Yes definitely.

Something fans to know about you?
I’m hard as f**k! Haha!