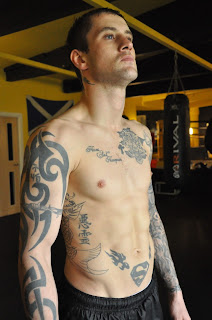 As fight fans have probably read by now, Ricky Burns has found a late replacement opponent for his upcoming December 15th title defence. Burns, the WBO lightweight king, was to have fought Liam Walsh, only for a nasty car accident to ruin Walsh’s dreams (for now anyway) and allow a largely unknown warrior from Manny Pacquiao land to step in and try to change his entire life instead.
Jose Ocampo, a 23-year-old southpaw from Sarangani in the Philippines, carries the nickname of “The Bomber,” and against Burns, a The ExCel Arena in London, the super-featherweight/lightweight will be trying his best to live up to his moniker. The critics, though, are sure the upset will not come. At 17-5-1(12), Ocampo has a pretty average-looking record. Further investigation shows how Ocampo holds just eight wins over fighters with winning records.
As a late replace foe, Ocampo, who at least has never been KO’d, cannot be ridiculed too much, but some fans would no doubt have preferred a more recognisable name for Burns – as well as a genuine lightweight (Ocampo having fought his last three fights, all wins this year, at around the 128-pound mark.) Still, Ocampo can punch, he has absolutely nothing to lose and, according to some reports, h can be dangerous with his head. Add it all up, and Burns might, just might, have an awkward night next month.
The big plan for Burns, as we all know, is for the popular Scot to face latest American star/braggart/sensation Adrien Broner next year. Burns, struggling to make super-featherweight last year, vacated his WBO 130-pound belt, allowing the Floyd Mayweather Junior clone to move in and win it. Now the two talents must face one another; the in-the-works fight a genuine thriller in the making.
And according to Ricky’s promoter Frank Warren, the Broner fight is practically made for next year: “We are virtually there with the fight against Broner for next year and that will only happen if he comes through against Ocampo,” Warren said to Mail Online.
Again, barring a tremendous upset, along the lines of, say, the then unknown Breidis Prescott running right over Amir Khan, Ocampo will not tear up the script. A lot has been made of the fact that Ocampo comes from the same province as superstar Pac-Man – even Burns himself getting involved, stating, “Filipino fighters are as tough as they come. Look at Pacquiao and Nonito Donaire. If he fights like those two, as people say he does, then I’ll be in for a tough night.”
Yet in no way can a man with Ocampo’s record and talents be compared to those two Pound-for-Pounders. Indeed, as far as Pacquiao goes, the similarity ends with the fact that Ocampo is a southpaw. Having turned pro just over five years ago, and having boxed all but one of his paid bouts in The Philippines (one fight in Thailand), Ocampo could even be described as a relative novice; he’s certainly a most unknown quantity.
There are no notable wins on Ocampo’s record, although he does hold victories over a couple of unbeaten fighters, and his best work came down at super-feather. Never has Ocampo been in with a guy remotely close to Burns as far as experience, skills and strength g (Ocampo only having been in a bout scheduled for 12-rounds on two occasions) and never has the Filipino lefty done anything to earn himself a shot at a major world title.
If the Broner fight does come next – and Ocampo will no prevent it, at least not in my opinion – those fans who have criticised December 15th’s fight will likely forgive Team-Burns. Even more so if Burns can solve “The Problem” and win the big fight.
Ocampo figures to give it a real go against Burns, but “The Rickster” will see to it that he retains his belt and improves to 36-2(11).
pic by boxingportraits.com