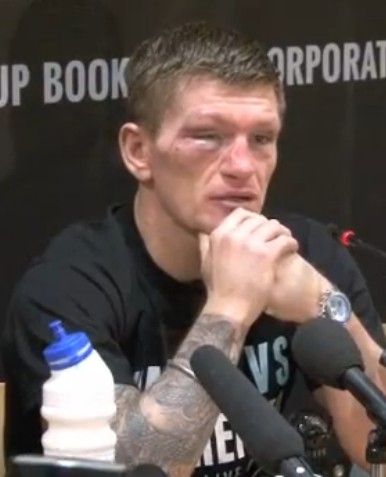 Ricky Hatton retires from boxing after getting stopped in the 9th 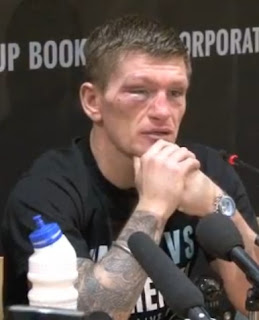 Hatton, 34, had not fought since 2009, and was winning his return fight until the stoppage and although ring rusty and with his timing off, Hatton was giving a good account of himself considering the time out and the quality of opponent.Ricky Hatton has announced his retirement from boxing following his 9th round loss to Vyacheslav Senchenko in his comeback fight at the Manchester Arena on Saturday night.
It was a sickening left hook to the ribs that ended Hatton’s night, which was like nothing British boxing as seen for a longtime, with fans packing the Arena and deafening in there support of the Hitman. Up until the stoppage, Hatton had forced the fight, although at times and as the fight wore onhe was shipping more and more shots and Senchenko’s jab had Hatton’s face swelling by the minute.

Hatton began to get tired in the second half of the fight and the three and half year layoff was taking it’s toll as he gulped for oxygen. But it seemed like he was going to make it through. But when that sneaky left hook went in, in ironically Hatton style, he was just too fatigued and unprotected to absorb it and recover quick enough to beat the count.

The fans still cheered their hero and and an emotional Hatton was inconsolable in the ring afterwards and as he leant over the top rope the tears were streaming from his bruised and swollen eyes. Hatton hasn’t let anyone down, especially himself and he can retire from boxing knowing that.

After the fight Hatton confirmed to the media in waiting that he has decided to call time on his boxing career. Maybe seeing his partner Jennifer’s reaction after the fight to his injuries, plus his other love ones who had to endure Ricky’s redemption and painful journey with him.

“I needed one more fight to see if I had still got it – and I haven’t,” said Hatton. “I couldn’t have done any better.

“A fighter knows and I know it isn’t there any more. I gave it my best and I’m proud of myself, but I haven’t got it anymore. 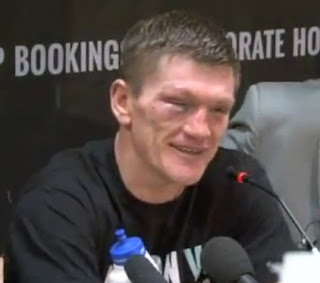 “I got in the best shape I possibly could but if I hadn’t been hit with that body shot I would have just scraped over the line with a points win and I honestly think I would still be telling you all the same thing.

“A fighter knows and I know it isn’t there any more. It’s too many hard fights, I’ve burned the candle at both ends, I’ve put my body through the mire in and out of the ring but it doesn’t matter how hard I train, I couldn’t have done any better.

‘I’ve lost four and half stone for this, my sparring was great but I’m not going to put myself through that torture again.

“I’m a happy man tonight, I don’t feel like putting a knife to my wrists, I have got the answers I needed. I got the opportunity and I got the answers and no matter how upsetting it is, I have got to be a man and say it is the end of Ricky Hatton.“
It maybe the end of Ricky Hatton the boxer, but for Ricky Hatton the man, it’s surely only the beginning. You did yourself, your family and all your fans proud in your career and on Saturday night. And to get yourself in the condition you did for this fight and to lose so much weight is inspiring, you will always be a winner Ricky.

Goodluck and all the very best in your life, thanks for the memories.