The perfect ending, knowing when to bow out 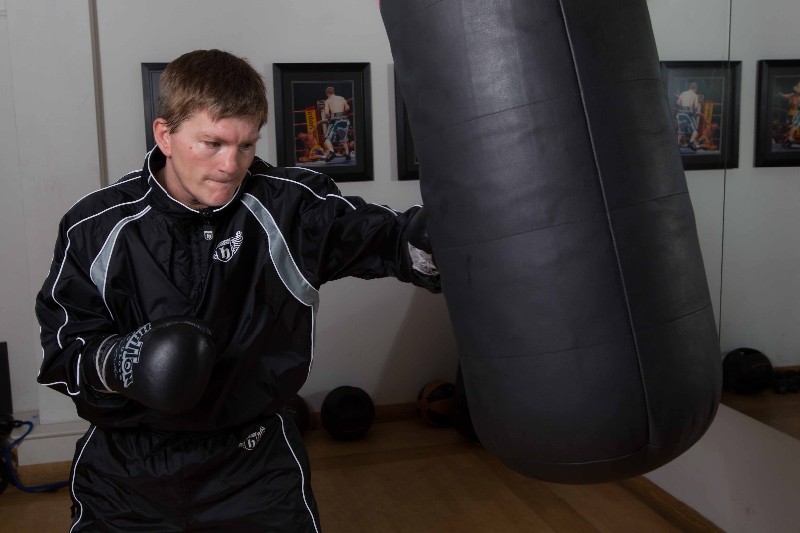 As viewers watched the PDC World championship darts final we witnessed possibly the greatest darts player of all time throw darts for the final time. Phil ‘The Power’ Taylor had announced his retirement prior to the tournament but his performance here along with the performance of his opponent had the fans accepting it was his final swansong and verified Taylors decision to himself. The way in which he went out is reminiscent of how one expects a boxer to bow out.

Very few boxers sail into the sunset on a victory with more in the tank, and even fewer of those stay retired to keep that happy ending. Joe Calzaghe & Lennox Lewis both retired on wins despite being at the peak of their powers and more recently Andre Ward shockingly retired despite being p4p#1 and we had Floyd Mayweather also bow out. Whether them 2 stay retired is another thing.

The more traditional way of a fighter bowing out is to lose whilst performing valiantly to a younger fighter, all the while everyone knowing that if the fighter bowing out was 5 years younger, or even 2 years younger they would have eased to victory. It leaves the fighter knowing that it’s the right time to leave the sport whereas winning would have given them a false image of their own abilities.

In December at Madison Sq Garden, Miguel Cotto bowed out of the sport to younger fresher Sadam Ali, in turn losing his WBO light middleweight title. In the arena where he enjoyed his best nights, he fought valiantly showing his warrior spirit carrying on despite tearing his bicep in the 7th round. 2 years later the result would have been very different – on this night though The fans knew, and more importantly Cotto knew the time was right to call it a day.

Ricky Hatton gave fans plenty of great nights yet he was also on the receiving end of a highlight reel knockout to a peak Manny Pacquiao, a fight he insisted ever since that he was over trained for. For a long time it looked as if this would be Hatton’s Swansong, lying in the ring motionless however 3 years later he boiled his body down to fight former world champion Vyaslev Senchenko, Hatton fought well and was ahead on the scorecards when he was stopped in the 9th round. Everyone knew if this was the Hatton of old then he would have stopped Senchenko early, and to make it an even more fitting ending the shot that downed him was a left hook to the body.

Not all fighters heed the signs or pay attention to the warnings. In the fight following his contest with John Ruiz, Roy Jones won a narrow majority decision over Antonio Tarver back at light heavyweight showing everyone that he didn’t quite have it anymore. Despite this he continued getting knocked out in his next fight and losing several more over the years.

Many others such as James Toney, Tommy Hearns, Robert Duran and Mike Tyson have passed up an opportunity at the right ending to continue too long. In continuing too long they are not passing the torch, they are often losing to fighters who would have been sparring partners. Take Mike Tyson, the right time for him would have been following his first Evander Holyfield loss where he was competitive but lost to a hungry fighter.

A perfect example of a fighter missing the right timing is Sugar Shane Mosley, he lost to Mayweather and Manny Pacuqiao in succession – both elite fighters. In between these he had a draw to Sergio Mora. He then lost to at the time a young prospect called Canelo Alvarez in a competitive contest, here was the perfect time to leave the sport as he passed the torch to the next superstar of the sport. Mosley however found it difficult to let go carrying on to suffer losses to Anthony Mundine & David Avanasyan.

Perhaps the best send off was to Wladimir Klitschko. Long labelled as a boring fighter, he was one half of the fight of the year with the younger Anthony Joshua in front of 90,000 in Wembley. If it would have been the Klitschko of 2012 then he would have won with ease but as fate would have it, his diminished version fought tooth and nail with the young upstart to gain more respect in one night than all his other fights combined.

In wrestling it is often there is an unwritten rule that a departing star should go out on his back staring at the lights putting over a new star so that it can continue to thrive. the same rings true for boxing, despite it not being said or even an unwritten rule – it is the ending that we expect and in turn this ending provides us with our next generation of elite names.

So as Phil Taylor stood on the stage knowing he couldn’t keep up with the relentless star of tomorrow he was up against, he found himself in the same position that numerous fighters in boxing have done over the years – giving glimpses of the Taylor of old by nearly hitting a 9 darter but trailing enough to know the time is right. That’s what boxers want as they leave the sport, to know the timing is right for them and that they can no longer offer what they used to. As they do this they set the sport up for future by creating the next generation of stars so that the sport can continue to thrive.