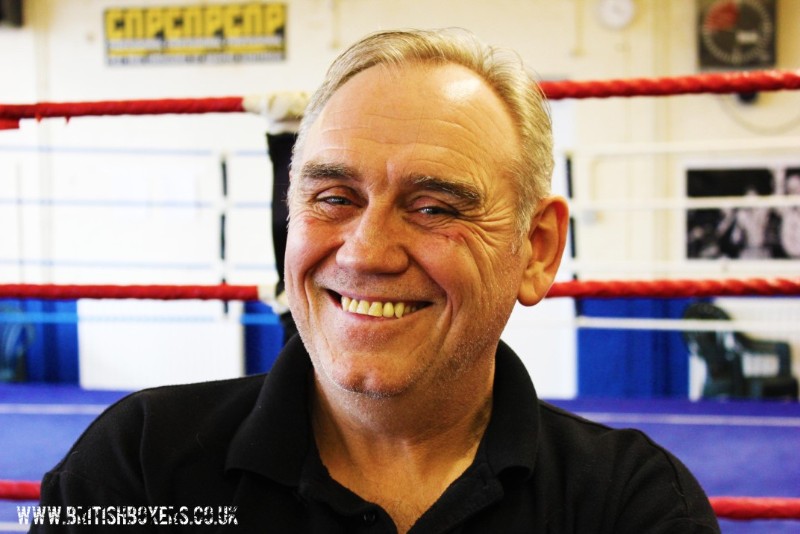 Former professional fighter turned trainer Bobby Rimmer started boxing at Ardwick Lads Club in Manchester as an 11 year old boy under the guidence and tutorledge of the late Mr Hayes, the man who also got Bobby his first job and became like a second father to the rugged boxer who liked to have a good scrap in the ring.

After a short lived amateur career Bobby turned professional aged 18, against the wishes of Mr Hayes. But Bobby was adamant he wanted to go into the paid ranks, even though he says he never earned much from his fights and jokes; boxing to him was an hobby that got out of control and went too far!

Bobby ended his pro career with a win loss record and after retiring drifted away from boxing and pursued other avenues in life, doing different jobs and business’ before getting the bug to get back into boxing as a coach.

After having a chat with Billy Graham who was training the young Ricky Hatton at the time, the Phoenix camp was formed and Bobby became the assistant coach to Billy in the warehouse at the back of Kerry Kayes’, Betta Bodies weights gym, that is now legend in British boxing folklore.

The gym then was bulging with great young talent including Hatton, his brother Matthew, Anthony Farnell, Paul Smith, Matthew Macklin, Steve Foster Jr. Stevie Bell, Michael Gomez and it is where Bobby cut his teeth, on the path to becoming an highly respected coach in his own right.
All good things come to an end and the Phoenix eventually closed and Billy Graham and Bobby had done their last body belt session. Bobby eventually acquired his own gym premises on the other-side of Manchester and began to build his own legacy.
Michael Gomez continued to train with Bobby and over the years he has trained an host of boxers. But the fighter Bobby is most sononynous with now is Brian Rose, the current British light-middleweight champion.
Bobby and Brian have developed a unique boxer-trainer bond and the trainer accepts Brian as a son, they are also best friends and Brian currently lives at with Bobby. Together they have forged a special bond and against many odds, reached the top of the domestic scene together from scratch and are now on the verge of breaking into the world picture and the boxing big time.
life has the tendency to work in cycles and recently Bobby was offered the opportunity to take over the old Phoenix Gym, where it all began for him as a trainer, and he took it! He has now resurrected it from the proverbial ashes and with a new vigor and sense of nostalgia Bobby is back to his roots and loving it.
We went over to the gym to visit Bobby on the eve of Brian Rose’s third Lonsdale belt defence against former champion Sam Webb, to speak to him about his boxing career, theBilly Graham years, his return to the Phoenix plus alot more.
Bobby is what is known up north as, ‘salt of the earth’, he wears his heart on his sleeve, and is an engaging and funny man to be in the company of. He is a credit to the boxing game and with his new venture at the Phoenix and Betta Bodies gym with a new rake of fighters coming through, the hobby it seems is still way out of control and long may it continue.