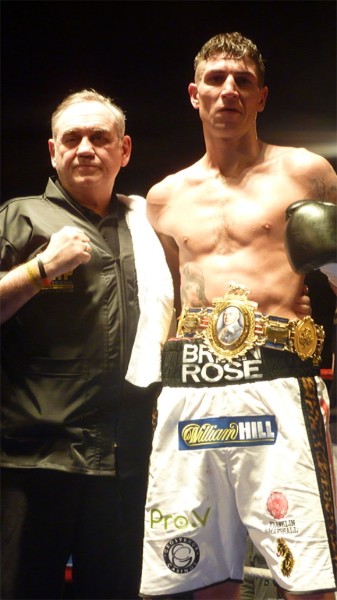 British light-middleweight No1 Brian Rose and his trainer Bobby Rimmer give there take on the up-coming all British fights between Frankie Gavin and Denton Vassell for the British and Commonwealth welterweight titles, plus the proposed David Haye vs Tyson Fury Big heavyweight showdown set to be announced for September 28th in Manchester.

Speaking to BritishBoxers, other big match-ups Brian and Bobby touch on are the Anthony Crolla and Gavin Rees lightweight tussle on June 28, plus on the same Bolton card is Paul Smith vs Tony Dodson who meet for a second time for the British super-middleweight title.

The biggest fight in boxing at the moment is between American pound for pound No1 Floyd Mayweather and Mexican Saul ‘Canelo’ Alvarez. Two unbeaten world champions putting there ‘0’s on the line in the boxing event of the year.

Watch the video and see Bobby telling Brian Rose to offer out Mayweather because the American is running out of opponents if he deposes of Alvarez.