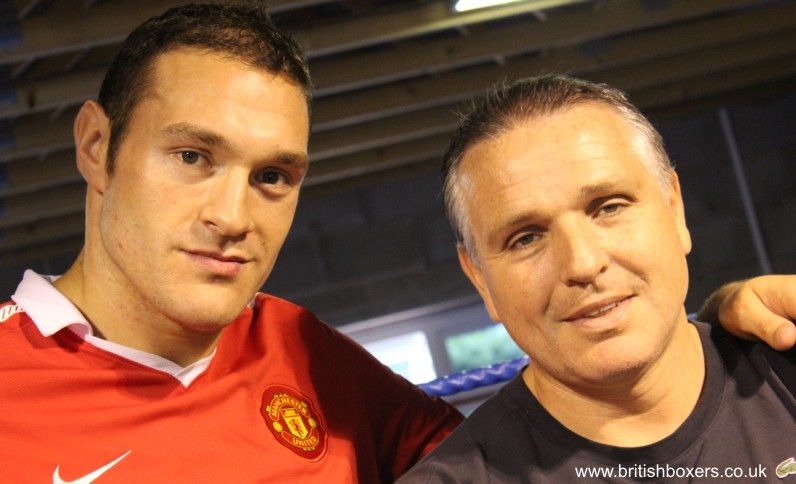 Peter Fury, the trainer of Greater Manchester-based heavyweight contender Tyson Fury, has had a busy scheduled recently.  The former professional fighter guided the former British and Commonwealth champion to a wide decision win over American’s Kevin Johnson in Belfast last Saturday night before heading out to Armenia to see his son, Hughie, compete in the World Youth Championships amateur tournament.

Hughie netted a win over Kazakhstan’s Kanagat Akhmedov last week to ease into the semifinals, he is guaranteed a bronze medal, which the Fury family can add to the bronze Tyson won in the 2006 World Youth Championships, with the hope of silver or gold still hanging in the air.