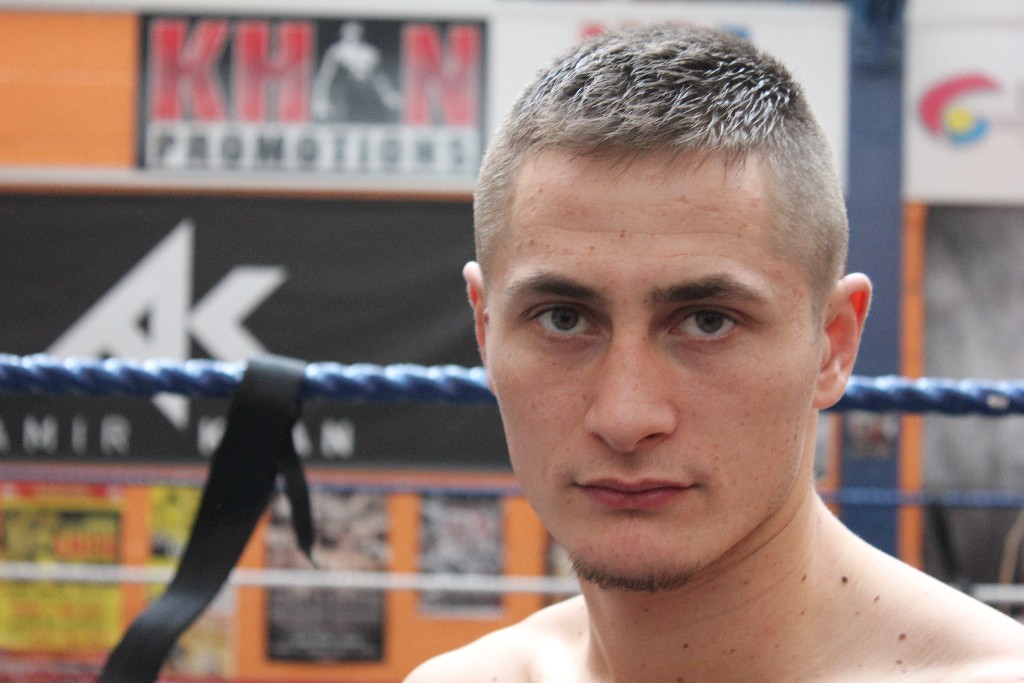 Chris MaylettFebruary 10, 2013
InterviewLATEST BOXING NEWSVideo Interviews0 Comments2 min read
He goes by the ring nickname ‘The Hammer’ due to his big right hand and has been likened to Thomas ‘The Hitman’ Hearns because of his height, slim frame and sharp punching power. The comparison with the ”Motor City Cobra’ and the moniker ‘The Hammer have been bestowed on him by his coach Joe Gallagher and that is just fine by Hosea, Hearns is his favourite fighter!
A former ABA champion and accomplished amateur Hosea, or for those who know him that’s pronounced (Ho fea) is steadily building his future as a professional boxer and in his next fight, his 6th, he takes on the far more experienced Carl Dilks from Liverpool, at the Bowlers Arena in his home City of Manchester on March 8.
Hosea admits it is a step up for him against Dilks, after only 5 paid outings, but he is confident it is the kind of fight he needs to progress himself and climb the rankings, learning his trade the proper way.
The light-heavyweight prospect is tipped by many to become a star of British boxing. Hosea says his dream at the moment is to win a Lonsdale belt and defend it three times so he can keep it outright and put it a the mantle piece.
Being from a Gypsy family, the cousin of heavyweight contender Tyson Fury, Hosea says that boxing was no option for him and he was born into a fighting family. His Granddad was a famous and renowned bare knuckle fighter, and he was brought up with stories of his fighting exploits. Hosea’s dad all his uncles, brothers and cousins are involved in the fight game and there was never going to be an option for him, a life in boxing.
In our video interview with Hosea (above) he tells us his thoughts on his upcoming fight with Carl Dilks and his dreams for the future, plus what makes him tick inside and outside the ring, his hobbies and pastimes away from boxing and who is favourite all time fighter is and the best fighters he has faced and sparred with, plus much more in this in-depth interview with BritishBoxers.
Follow us on Twitter: @britishboxers