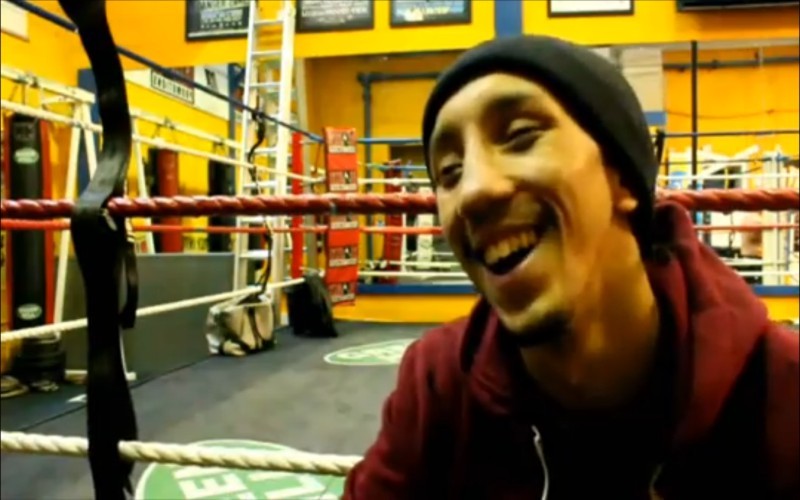 Chris MaylettFebruary 8, 2013
InterviewLATEST BOXING NEWSVideo Interviews0 Comments2 min read
Huddersfield stylist Tyrone Nurse spoke to BritishBoxers about his upcoming fight against Joe Elfidh for the Central area light-welterweight title, which takes place at the Doncaster Dome next Friday, February 15.
Tyrone who tells us if he wasn’t a boxer he would have been an architect, is a former British Masters champion and his only professional defeat in a 24-1 record, was when he dropped a decision to Adil Anwar over three rounds in the Prizefighter light-welterweight final in February last year.
In this video Tyrone talks about his career to date and his hopes and dreams for the future; plus in our ‘In the Ring with’ Q&A Interview, he reveals his Favourite boxer of all time? – The best opponent he has sparred with? and Who his dream fight would be against and where? Plus much more about what makes him tick in and out of the ring
Nurse is now chasing the big fights after steadily learning the trade under the guidance of his father and coach Chris Aston and dreams of being a world champion. He is a slick mover with fast hands and an accurate jab, and for a tall fighter he likes to go to the body and can glide in and out of range effortlessly. He is maturing into a physically stronger boxer as he enters his adult years, with an hunger and passion for his chosen sport.
A graphic designer and Artist in his spare time this 23 year-old, who turned pro at 18, is a serious prospect in the light-welterweight division who is developing and could be the surprise package of the British 10st men in the next few years.
Keep up to date with Tyrone’s Career by following him on Twitter:
https://twitter.com/TyroneNurse
Follow us on Twitter: www.britishboxers.co.uk