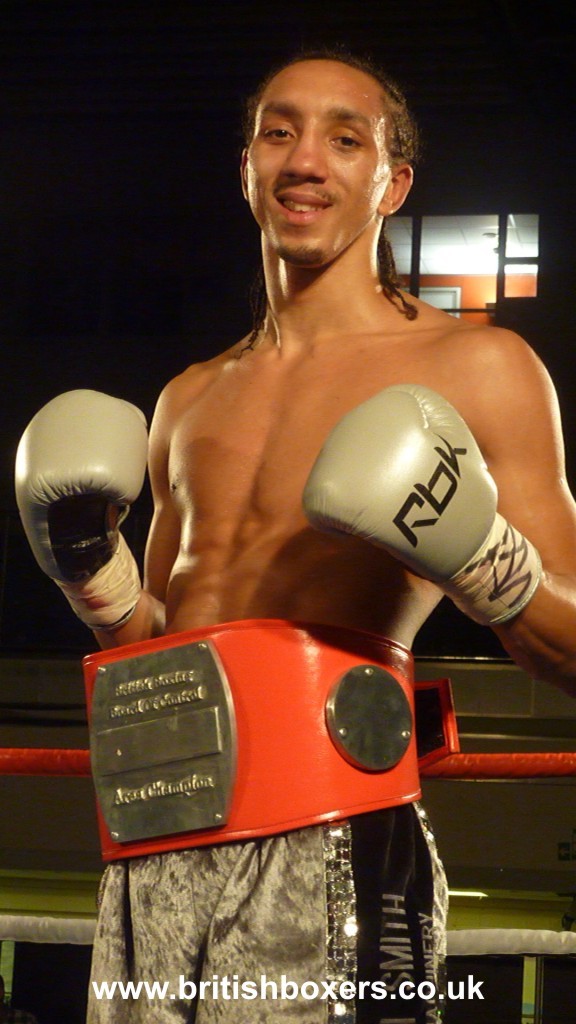 NURSE: I WANT REVENGE ON RYAN AFTER BEATING JENKINS

Tyrone Nurse says winning the British Welterweight title against Chris Jenkins on July 18 at the Manchester Arena live on Sky Sports would be a dream come true – and believes it would set up the rematch he craves against Dave Ryan.

Nurse and Jenkins lock horns for the vacant belt on a huge night of boxing in Manchester, and the 25 year old Huddersfield stylist believes their fight could be a show-stealer as both men desperately want to land the coveted British strap.

“Chris wants to win that British title as much as I do,” said Nurse. “I’m determined to take that home with me back to Yorkshire. You ask any British boxer at any level – it is the one belt we all dream of winning, it’s so nice looking.

“Chris is a very good fighter. He has a good left hook to the head and body that he uses very well. I think our styles will blend nicely, it could be the fight of the night.”

If Nurse can come out on top against the Welshman then a tasty rematch with old foe Dave Ryan would be on the cards.

Nurse and Ryan met in Leeds in October for the vacant Commonwealth title, with Nurse hitting the canvas twice early in the fight – crucial knockdowns as the judges’ scores were tallied with Ryan claiming the win on a split decision.

Ryan defended the Commonwealth belt in a helter-skelter clash with John-Wayne Hibbert at The O2 in May, with Hibbert on top in the first half, flooring Ryan in the third and fifth rounds, only for the Ryan to turn the fight on its head and stop the Essex man in the ninth – and Nurse knows a revenge mission could be his with a win over Jenkins.

“Ryan versus Hibbert – what a fight that was,” said Nurse. “I did want Dave to win it from the off but it was a real rollercoaster contest. After the two knockdowns from John-Wayne, you had to favour him – then Dave showed real grit to not only get back into the contest, but actually stop him.

“I have watched my fight with Dave quite a few times and on each occasion I see a different decision. I’ve had him winning it by a round, me by a round and an argument for it being a draw.

“I’m fully focussed on beating Chris and securing that British title, but I’d love to fight Dave again and I think plenty of people would want to see a rematch too.”

There’s another vacant British title on the line as big-hitters Sam Eggington and Glenn Foot tussle for the Welterweight belt with Eggington’s Commonwealth crown also on the line.