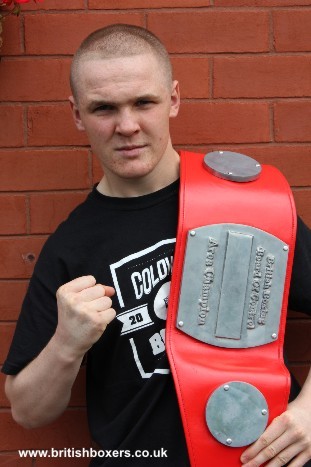 Former lightweight contender Kieran ‘Vicious’ Farrell was told he will never be able to fight again in the ring, but that hasn’t stopped his fight in life to make himself a success in the sport he loves by opening a new gym and becoming a trainer.

Since we last visited Kieran he has now taken over the industrial unit at the end of the street where he lives, Wham St in Heywood and himself and brother Nathan have begun to strip walls, dismantle some, paint and collect equipment that will eventually see the empty shell become a boxing gym and weights centre and the Farrell Empire. 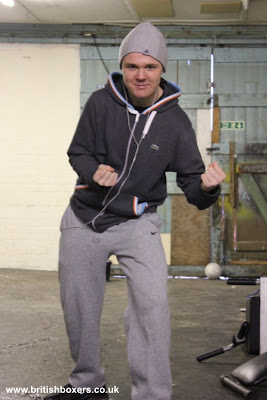 In this video we speak to Kieran and Nathan where they are hard at work from morning till night grafting and putting in the hours that will eventually shape the future and help fill the void left when Kieran was told he would never lace on the gloves in anger again following his English title defeat to Anthony Crolla in December 2012.

Keiran this week was given the all clear and discharged from the hospitals outpatients list after baffling doctors with his amazing recovery from a potentially life threatening bleed on the brain, during them hard 10 rounds against Crolla.
Dr Lamb who was with Kieran and his distraught family that night in the ambulance on the way to the hospital, says he is amazed that he had not only survived the ordeal, but has lived to tell the tail and not left with serious brain damage.
The one thing about Kieran Farrell is that he loved boxing more than anything else and his commitment and passion for the game was what endeared him to fans and fellow fighters alike, you cant help but like the lad and his will and energy that make him who he was as a boxer and who he is as a person.
That passion and desire to make whatever he does work is now fully switched over and to making of his new gym and a promising future life of him and his family.
We will be regularly visiting Kieran’s gym, keeping up with the progress being made and we will be relaying back to our followers and his fans over the coming months with videos in the run up to the opening day and the future progress of Kieran Farrell and his Viva La Vicious Gym.
Follow Kieran on Twitter: @VICIOUSFARRELL
Follow us on Twitter: @britishboxers