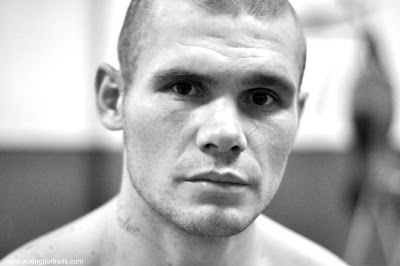 Martin Murray will be coolness personified when he enters the ring against Sergio Martinez next month.

The St Helens star flies out to Argentina to face the world’s number one middleweight in front of more than 50,000 passionate fans.

But Murray’s manager Neil Marsh says it’ll be little more than business as usual for his charge.
“Martin is a model professional so he’s treating this fight the same as any other,” Marsh said.
“Martin knows he’s one of the best middleweights in the world and he’ll make sure he prepares correctly so to him it’s just about going there and doing his job.
“As a manager I’m lucky to have Martin because he’s never refused a fight and he’s ready for anyone anywhere. Is he daunted? No way whatsoever.”
Despite this, a victory for Murray is likely to be seen as a remarkable feat, with some already comparing the magnitude of it to Lloyd Honeyghan’s surprise win over Donald Curry in 1986.
Martinez is widely regarded as being amongst the top three pound-for-pound fighters on the planet, so Murray could burst into superstardom if he succeeds on April 27.
Marsh, though, insists the Brit will keep his feet firmly on the ground.
He said: “Martin’s not doing this for a champagne lifestyle, he’s doing this for the good of his family.
“Winning will get him a pound-for-pound status but it won’t change him. He might be able to buy a new house, he might upgrade his car but as for stardom, he’ll stay well away from it.
“When he won Prizefighter that could have gone to his head, same when he won the British title and again when he won the WBA interim. He just keeps his head down and keeps a professional attitude.”
The undercard next month will also see Hatton Promotions’ British super-featherweight champion Gary Buckland moving up to world level against Fernando David Saucedo.