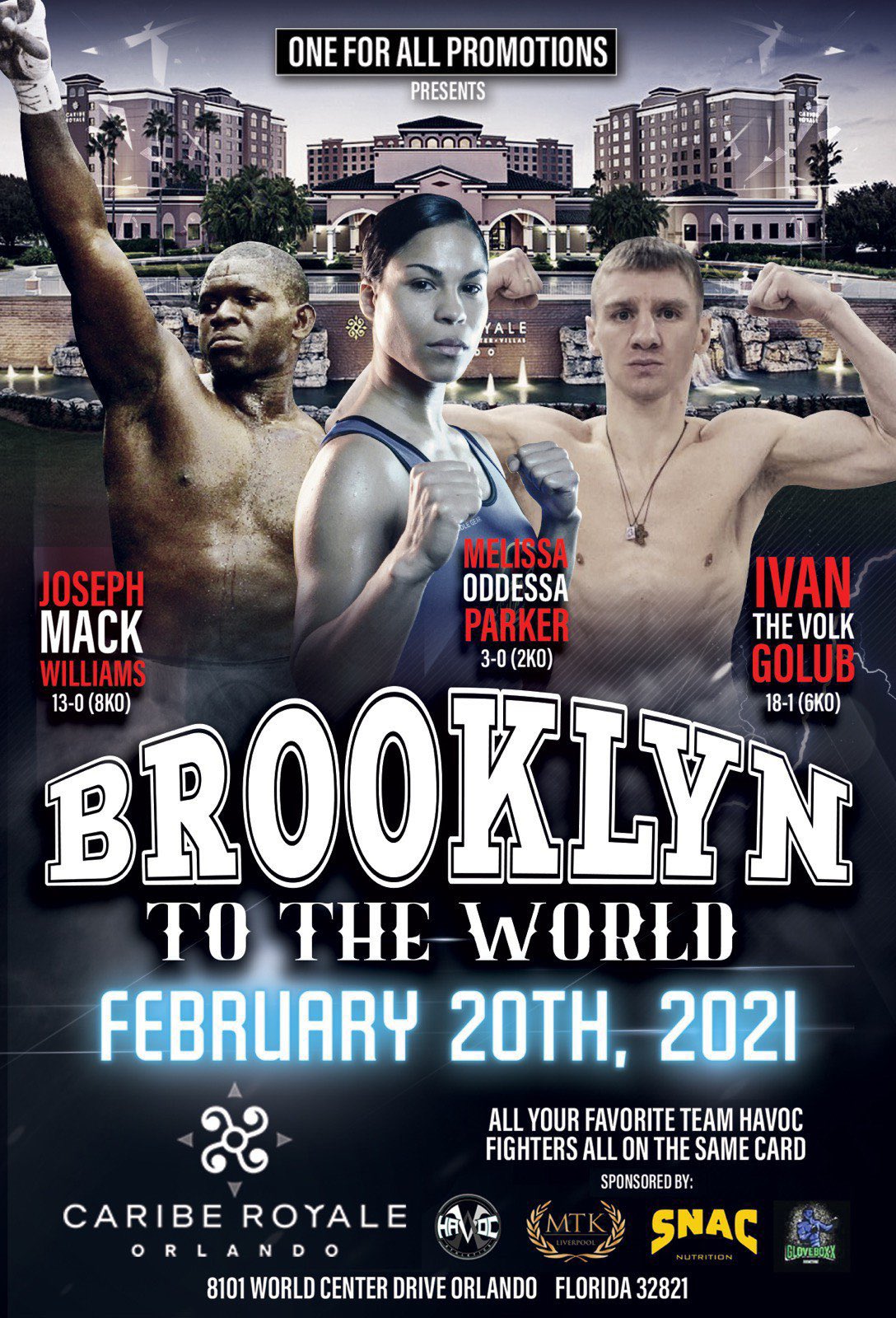 One for all promotions, in association with Team Havoc have announced their second event, which will take place on February 20 at Orlando’s Five Star Caribe Royale Resort.

Topping the bill will be undefeated Melissa Odessa, who looks to win her first world title in just her fourth professional outing. Joining Odessa at the top of the card is highly-rated Brooklyn based pair of welterweight Ivan Golub and light heavyweight Joe Williams, who both also bring elite amateur pedigree to the ring as former national team fighters.

Golub competed on the same World Series of Boxing team as Vasily Lomachenko and Oleksandr Usyk, whilst Williams was the USA’s heavyweight alternate for the 2012 Olympic Games.

Team Havoc chief Andre Rozier, a man responsible for eight world champions of his own over a storied career discussed the upcoming card in Orlando, Florida.

He said: I’m delighted for Team havoc to work alongside One For All promotions, and our global partners MTK global in putting on a fantastic card, full of World Class talent from top to bottom.

“I’ve got to say thank you to Lou DiBella the team at Split T Management and Billy Blea for their assistance in helping this great card come together.

“We have Melissa Oddessa, who is looking for a world title as soon as possible, topping the bill. We will confirm her opponent in the coming weeks and I can assure everyone it will be a big fight for her.

“Joining her at the top of the card is Ivan Golub and Joe Williams. These two are both top class talents, and I’m really excited to see the pair back in the ring against good competition as they keep, keep building toward world title fights of their own. That’s where they want to be and that road continues on February 20th.

“We have an array of talent, not just from New York but from all over. The show is about providing opportunities for the best fighters, all over North America, showcasing their skills on a massive platform.”

More card announcements, including more additions to the card and tickets availability, will be made shortly, follow @havocadvisory on Twitter.