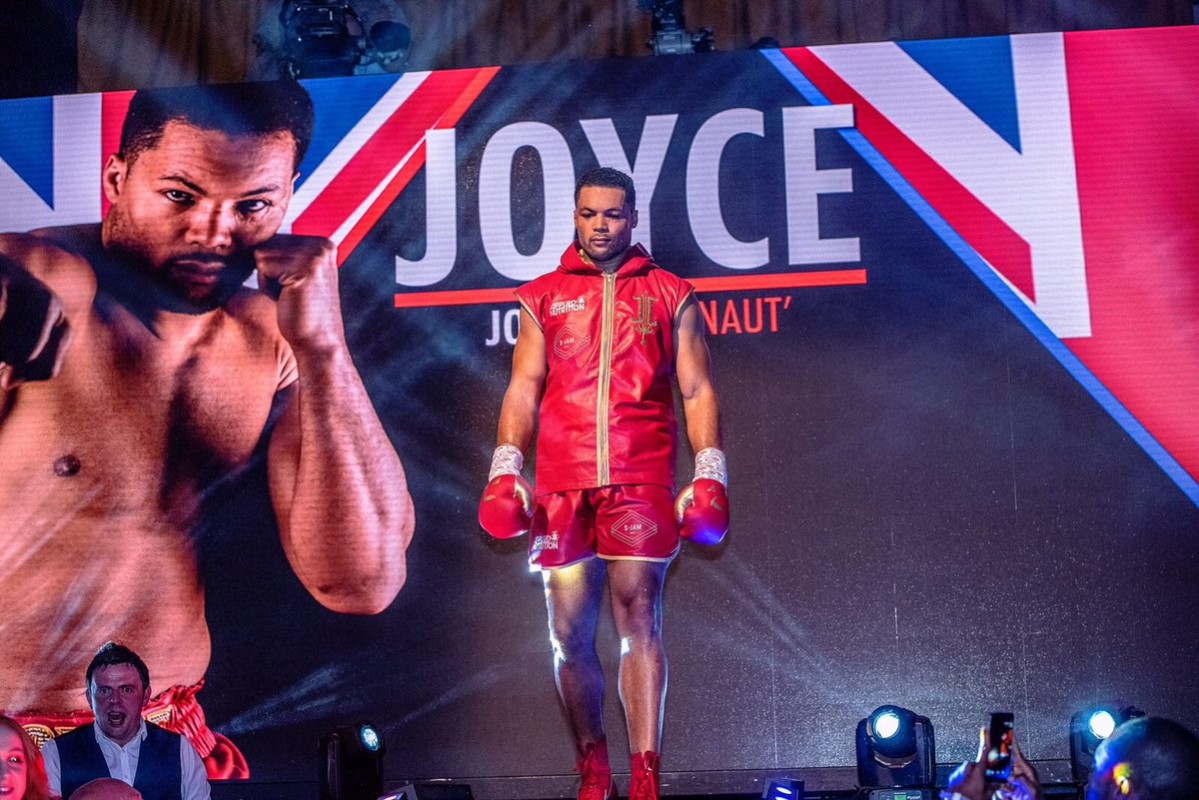 After the initial disappointment, news that Ivica Bacurin (29-14-1, 18 kos) would step in as last minute replacement for Richard Lartey were welcomed in the hope that the experienced Croatian journeyman (former foe of the likes of Dillian Whyte, Tony Bellew and Carlos Takam) might give Commonwealth Heavyweight champion Joe Joyce (5-0, 5 kos) some needed rounds. Instead Joyce came, saw and conquered…

As the first and last bell rang, Bacurin started circling the ring while Joe stalked him measuring the distance with his jab. He eventually connected with two glancing blows, short right and left, to the top of the head of Ivica who simply did not want to know anymore and waited for the full count with the bout ending at 1:54 of the opening stanza. Joyce has now totalled 13 rounds over 5 fights and is calling out the likes of Bryant Jennings and Hughie Fury.

His debut against a serious opponent like Ian Lewison was no doubt impressive and winning a serious title in only his fourth fight remarkable, but the Commonwealth champion has still a lot of questions to answer as a professional about stamina and overall boxing ability and should not be rushed without having safely tested the full extent of his skills.

Not many heavyweights can do that! @JoeJoyce_1 entertained the crowd at York Hall with a brilliant capoeira celebration. pic.twitter.com/N09QI9idfI