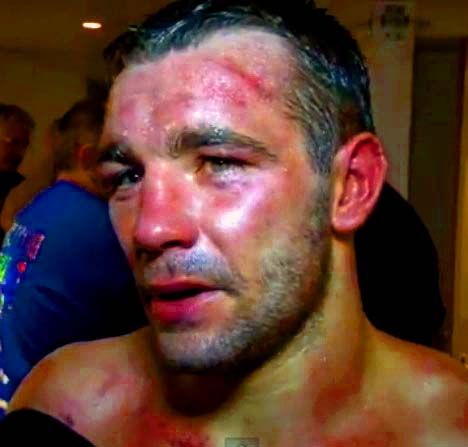 Lee Purdy to challenge Devon Alexander for the world title

Lee Purdy will get an unexpected shot at IBF world welterweight champion Devon Alexander’s title in Atlantic City on May 18, after the withdrawal of Kell Brook this week.

Purdy’s promoter, Eddie Hearn, revealed on his Twitter that the fight would go ahead, saying: “It’s a funny old game how things play out.. @LeePurdy1 will challenge @DAlexandereal for the IBF World title on May 18th in Atlantic City.”

It was known that negotiations had been going on between the two camps, for Purdy to replace Brook as Alexander’s new challenger for his belt. Sheffield’s Brook withdrew because of an injured foot.

Hearn later added: “And @SpecialKBrook will remain No 1 mandatory challenger with the IBF.. Who fancies Purdy v Brook in September for the IBF strap! – @EddieHearn

Former British welterweight champion Purdy, 25, from Colcehester, has won his last four fights since losing his Lonsdale belt to Colin Lynes in November 2011. Last year he claimed the IBF International title against the unbeaten Argentinian Gumersindo Lucas Carrascoer, stopping him in the 4th. Owning one of the governing bodies lesser belts has put him in high standing with them and together with the good working relationship with Matchroom and Golden Boy Promotions, the fight was made without fuss making Purdy’s boxing dreams come true.