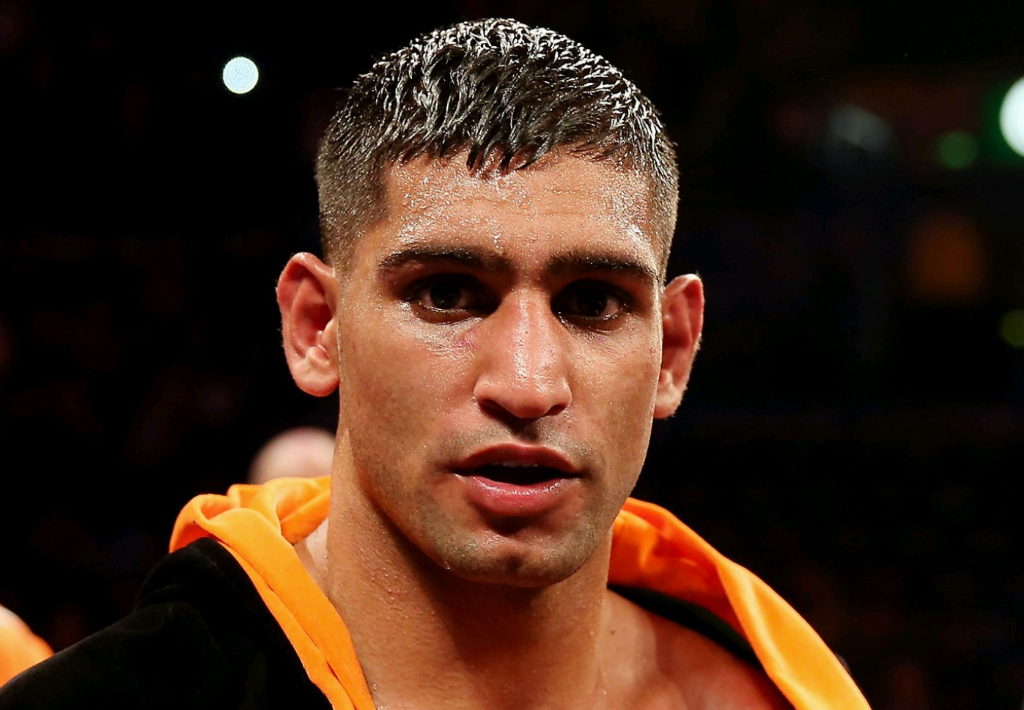 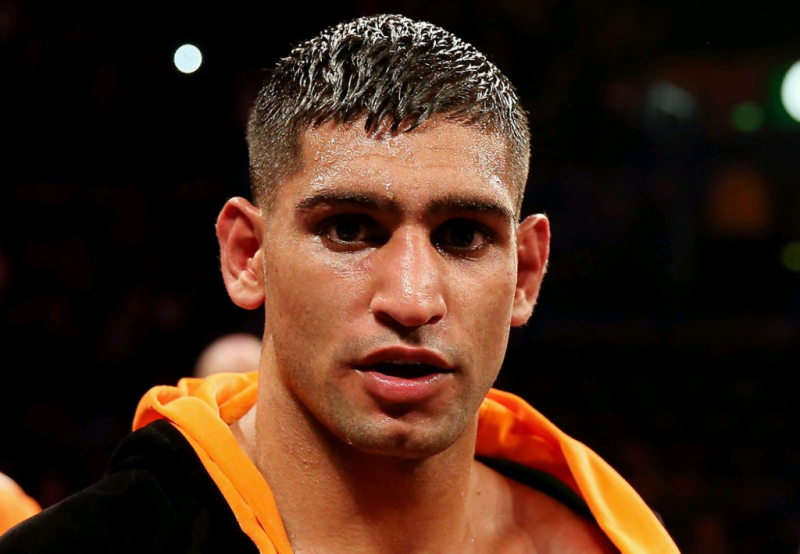 Will Khan finally get his chance to fight Mayweather? – If Mayweather Sr has anything to do with it he will!

Unbeaten Pound for Pound world No1 Floyd Mayweather Jr. has made the biggest hint yet that he is now open to fighting Britain’s Amir Khan, after the American’s Dad and trainer, Floyd Mayweather Sr. said he wants to see his son batter Khan for his trash talk! “My Dad is desperate for me to take the Khan fight he just wants me to shut the kid up and put him down. My Dad doesn’t like fighters trash talking his son but he knows as well as I do that if the fight happens then I am going to punish him. If he thinks he can trash talk me and get away with it he needs to think again,” Mayweather told The Daily Mail Online.

British super-middleweight contender James DeGale, 19-1 (13), will face former world title challenger Marco Antonio Periban, 20-2-1 (13), on the undercard of the highly anticipated rematch between Nathan Cleverly and Tony Bellew, at the Echo Arena on November 22nd. read more on this story.

According to Top Rank CEO Bob Arum, a deal is in place for Andy Lee to fight Matt Korobov in Ireland on December 13th, for the vacant WBO middleweight title, in a bout promoted by Frank Warren.

Speaking of Frank Warren, the promoter is currently suing ex two weight world champion Ricky Burns, for a reported £2m, claiming the Scotsman has breached a series of binding agreements that had been signed with his promotional company. He claims to be owed £90,000 in unpaid commission as well as £1.8m in lost future income.

Promoter Eddie Hearn has confirmed that he has turned down an offer, thought to be in the region of £400,000, for his WBA super bantamweight champion Scott Quigg, to face Young Boxer of the Year winner, Kid Galahad.

Matthew Macklin’s proposed fight with Jorge Sebastian Heiland for the WBC International Middleweight title in an official World title eliminator has been re-schedule to take place at The 3 Arena in Dublin on November 15,. Macklin and Heiland were set to meet in August but the show was cancelled following an injury to Macklin’s then-trainer Jamie Moore. read more on this story.

Curtis Woodhouse and Scott Harrison look likely to settle their differences in the ring, as opposed to the pub car park that was suggested during a recent twitter spat between the two. Promoter Dennis Hobson has revealed that a potential showdown is a real possibility should Harrison want it.

Sticking with Dennis Hobson, the promoter has offered Sheffield middleweight Adam Etches £10,000 to face his boxer from Dronfield Lewis Taylor. Interestingly the middleweight boxers both attended the same school and both are currently undefeated. “We’ll get some title on the line for it, make it a meaningful fight, a 10 or 12 rounder,” said Hobson. “Let’s make it happen. Whoever loses it won’t be the end of their career.”

Former Commonwealth light-middleweight champion Matty ‘El Torito’ Hall has been forced to pull out of his fight on October 25th after suffering a shoulder injury in training. Hall was set to feature on Pat Barrett’s Black Flash Promotion’s show ‘The Homecoming’ at the Middleton Arena. Debutant Sean Ben Mulligan has also withdrawn from the card with injury. Middleton’s Matthew Ryan will top his home town show, heavyweight Young Fury will feature and local light-heavyweight Curtis Gargano, plus there is the professional debut of Barrett’s nephew Zelfa ‘Brown Flash’ Barrett. read more on this story.

‘Jazza’ Dickens is set to take on Barnsley’s Josh Wale for the vacant British Super-bantamweight title early next year, as reported by Terry Dooley @terryboxing on BoxingScene and he reports that Frank Warren won the purse bids on Tuesday night for the right to stage the contest. Dickens from Liverpool lost in his first challenge for the same title against Kid Galahad last September and Wale drew against Gavin McDonnell challenging for the Lonsdale belt in May. Both will be hoping to finally get their hands on the title and it should make for a great fight.

Former world cruiserweight champion Johnny Nelson is set to make a comeback at the age of 48 and hopes to win his old title back. – After almost a decade out of the ring the current Sky Sports boxing correspondent wants to come back to take on current WBO world champion Marco Huck. Nelson says he will need six months to get fight fit and promises he will knock-out German Huck in a fight scheduled for February or March in Germany.

“I’m not going there to make up the numbers.” said Nelson. “It will be ten years since I last boxed but if I go in to the ring with him I will win.” – Huck meanwhile said he would have no problem taking on the Sheffield boxer and would do with one eye and one arm! – Boxing hey you never know!

Lee Selby and Joel Brunker came face to face today at the press conference for their anticipated clash on Saturday night, at the O2 Arena. read more on this story. – Speaking to iFL TV, Selby stated “It’s a massive opportunity for me, I can’t afford to let it slip, I think this fight is tougher than the Gradovich one, for both of us. Hopefully I’ll get this world title won, and I’ll happily defend it straight away against Josh Warrington in Leeds” (full interview video below)