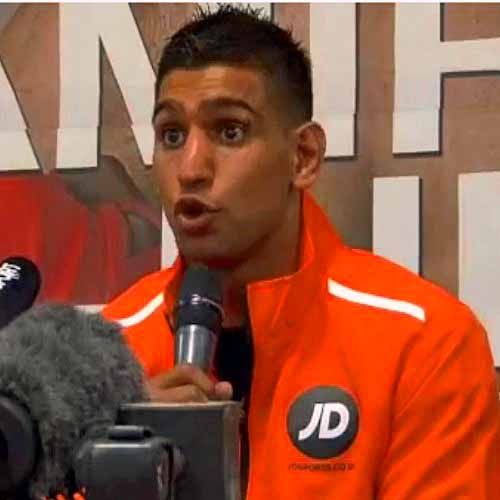 While those expecting defensive improvements from Amir Khan [28-3] will have been disappointed, his meeting with Julio Diaz [40 – 8] certainly delivered in terms of entertainment.
After a positive start where Khan’s combination punching and handspeed backed up the tough Mexican, Khan was caught by a few left hooks in round 2 and it was to be a punch which Diaz would enjoy considerable success with for the duration of the contest. It was a well-timed left hook which floored Khan in the fourth round, but to his credit, Khan showed good awareness to stay out of trouble and recover, a blatant contrast to old habits where we’ve seen Amir look to stand and trade whenever he has been hurt.
Khan looked to re-establish his rhythm, aiming to land combinations on the backfoot, with Diaz coming forward and looking for hard, single shots. Khan looked composed and looked to be pulling away on the scorecards in the second half of the fight, but Diaz came on strong in the latter stages, hurting Khan again with clean left hooks in the 8th and 10th, but it was round 11 where Diaz looked to have Khan in trouble after landing a series of strong shots, yet couldn’t force a knockdown. Khan weathered the storm to pick up a unanimous decision, with the judge’s scorecard reading 114-113, 115-113, 115-112
There were vivid positives and negatives from the fight. Khan’s recovery from the knockdown showed good awareness, while the same maturity wasn’t evident on the numerous occasions where Khan looked to stand and trade, typically coming off worse in such exchanges. As ever, Khan landed good combinations and his lateral movement allowed for effective control of distance at times.
Nevertheless, when Diaz was able to cut off the ring and close his man down, he did at times enjoy alarming success with single shots, especially looping hooks and overhand rights. While there are those who have doubts as to whether Khan can succeed at world level due to concerns about his defense and punch resistance, he showed sheer grit and determination to see this one through and it was exciting to watch.
Virgil Hunter was happy with what he saw and had the following to say in the post-fight interview: “I’m proud of the decisions he made, particularly when he went down. “He fought a smart, intelligent fight and it goes to show when he’s in a crisis like every single fighter is going to be in, he made sound decisions.”
Golden Boy Promotions CEO Richard Schaefer has said that Khan’s next outing will be a world title fight in December against the winner GBP’s light-welterweight tournament, which could turn out to be either Danny Garcia [26-0], Lucas Matthysee [33-2] or Lamont Peterson [31-1-1].