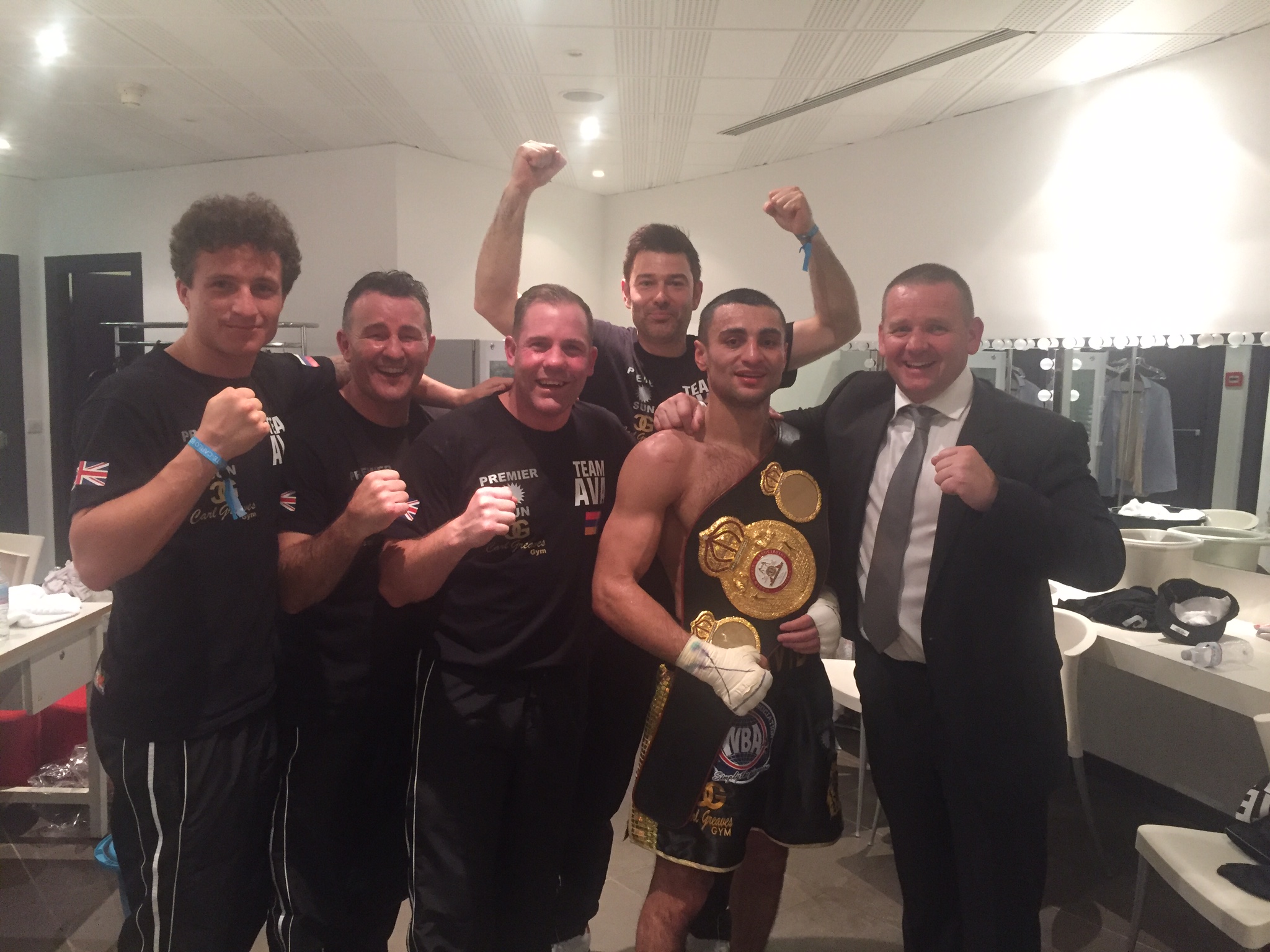 After being named world welterweight champion by the WBA at the end of last year, Newark-based and Carl Greaves-trained Armenian, David Avanesyan, will face Lamont Petersen for the title in Cincinnati on February 18.

Avanesyan will meet the former world super-lightweight king at the city’s Cintas Centre in a co-main event together with Adrian Broner’s clash with Adrian Granados.

The likeable but tough 28 year old finally gets the chance to defend his title in the ring after protracted discussions with Keith Thurman (before Thurman’s move to super champion) ultimately proved unsuccessful – and following his stand out win over veteran and former multi-weight world champion Shane Mosley in Arizona in May.

Understandably elated at the news of yet another high profile fight, Avanesyan said: “I am delighted to defend my title against a fighter such as Petersen. After my win over Mosley the Thurman fight did not happen for a number of reasons but I was very happy to be made world champion. It was a proud moment for me, my family and my country. I am even happier that I can defend it against Petersen who is another big name and a fighter who is well known for his win over Amir Khan.”

On the fight itself, the Armenian- one of the most avoided fighters in the division – is equally bullish: “Petersen has some big names on his record but I am confident of a victory. I will train hard with Carl [Greaves] and we will come up with a winning plan. I have shown before that I am a world class fighter and more people will see that in February.”

Avanesyan has slowly but surely built a reputation as a tough, hard-hitting, come forward fighter and, although Petersen will perhaps be known to more boxing fans than the champion, the former top rated amateur shouldn’t be taken lightly.

Neil Marsh, Avanesyan’s manager, echoed this view: “It’s taken a while and negotiations were complex as you would expect but I’m delighted we can finally announce the fight at last.

“David is in training with Carl in Newark and both of them are really looking forward to the fight, to winning the belt in the ring. They make a great team. Maybe David isn’t as well-known as some of the current world champions at welter but he will be come February. It’s a great fight for us and we can’t wait to get over to Ohio now and show the world what we can do.”