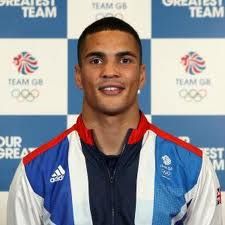 Former GB member and Olympic bronze medallist Anthony Ogogo will make his professional debut against Telford’s Kieron ‘Slammer’ Gray on the undercard of Amir Khan’s fight with Julio Diaz in Sheffield on April 27.

Middleweight Ogogo, 24, from Lowestoft who won bronze at London 2012 signed with Golden Boy Promotions after turning pro and will take part in a 6 round contest for his first taste of the paid circuit and the Lowestoft man is hoping it will be his spring board to rule the world middleweight division, becoming one of the countries best boxing exports.

“I want to become a global superstar,” said The former makes his Commonwealth Games silver medallist

“I’ve got massive aspirations and when I said this to the other promoters I got a look back from some of them but when I said it to Richard (Schaefer, chief executive of Golden Boy) he nodded along and said ‘let’s do it’ and it pretty much went from there really.”

“I’m exhilarated to have signed my deal and have joined what is a super-power in boxing. I’m so excited to get started and I hope to usher in a new era of boxing.”

His opponent Gray, 35, has lost 13 of his 19 fights, he has lost his last 10 bouts, and hasn’t recorded a win since early 2009, after getting off to a good start to his career with five straight wins.

Gray has challenged for both the British Masters title, losing to Warren Tansey in April 2012, and the Midlands Area title against Jamie Ball in December 2010, which ended in a draw. He lost his last fight on points to John Dignum over four rounds in March. Gray always comes to give it a go and will be a lively foe for big prospect Ogogo, but one he should handle comfortably to show us the skills that he feels will eventually bring him success.

Haroon Khan, 21, Amir’s younger brother, is another British boxer making his debut on the Sheffield card, an opponent is yet to be confirmed for Haroon, but it will be good to see Khan the younger showcase his talent and if he is anything like his elder sibling we are in for a treat.

Unbeaten lightweight prospect Terry ‘Turbo’ Flanagan goes into the biggest fight of his 19-0 career, when he takes on former world champion Nate Campbell in what is an unexpected matchup but an intriguing one and a hugh chance for the Manchester based Flanagan. ‘Turbo’ won the English super-bantamweight title, before stepping upto lightweight last year to claim the Prizefighter Trophy. A win over Campbell would gain him a world ranking with the