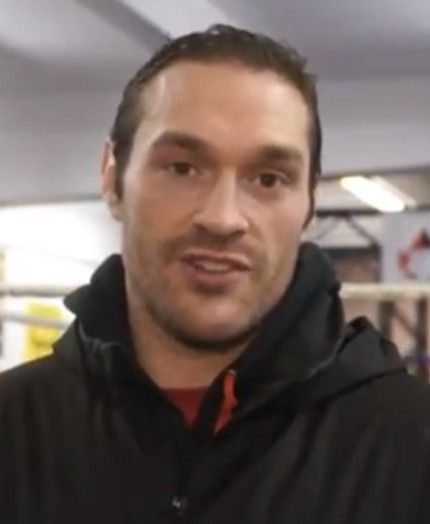 Tyson Fury has vowed to take “no prisoners” when he takes on former two-time world cruiserweight champion, Steve “USS” Cunningham, at The Theater at Madison Square Garden, New York on April 20.

Team Fury held an open training session this week at the Final Round Boxing Gym in Ottawa, Canada and afterwards spoke to the worlds media to discuss how his camp is going With less than three weeks to go before he takes on the experienced 36-year-old Cunningham (25-2, 12 KOs) in what will be the British fighters biggest test to date.

Fury’s record currently stands at 20-0, with 14 knockouts, Tyson put on a display of shadow boxing and pad work, before making himself available to the press for questions. (see video above) “Camp has been going really well, I’ve had great sparring – everything has gone really well – no stone has been left unturned, so no excuses,” Tyson said.

“We’ve given ourselves plenty of time to prepare, we’ve been over here now for six weeks, so that’s more than enough time to acclimatise and get used to the time difference.

“This is a great opportunity for me to come to the US and showcase my boxing skills at a big venue such as Madison Square Garden.”

Fury and his team have based their training camp at Casino Lac-Leamy, Ottawa, Canada, ahead of the fight, where they have had access to state of the art training facilitIes and running trails.

“We’ve not done much different with preparation because for the last three fights we left no stone unturned – we’ve been working on different gameplans for a lighter fighter, such as Steve Cunningham, a speed guy, and we just hope it all goes to plan on the night,” Tyson said.

“The fight fans better be prepared for a good old fashioned fight, because I’m coming to town and I’m taking no prisoners.

“Steve Cunningham, you’re in big trouble, I hope you’ve been training really hard because I know I have and it’s fight time.”