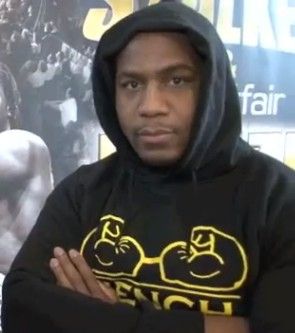 DE: The last time we saw you in action was at Prizefighter International Heavyweights III. While it surprisingly didn’t get much attention afterwards, you beat Timo Hoffman emphatically, despite the fact he has been a long-time campaigner at both World and European level throughout his career. Despite his experience, towering stature and renowned durability, he was completely undone in the first round by someone with only 8 pro fights to his name. How did you rate your performance in that fight and did it surprise even you when his legs suddenly gave way from under him?

IL: When I got in there with Hoffman, I’d say it was noticeable from the outset that I was the quicker fighter and to be honest, he only hit me once and that was with a jab. In terms of ability, I believe I am a fighter who belongs at world level and I think that putting away such an experienced fighter of his calibre in the manner that I did proves that. I was not surprised when he went down, even if it was the 1st round. If you ask anyone who has ever fought me, whether I’m fit or not, they will tell you that I’m the hardest puncher they’ve been in with.

DE: Next up was Derric Rossy, a guy who was widely regarded as a gatekeeper to world level as recently as a few years ago. While it did seem as though you ran out of gas, most felt that you still won that fight. Did you feel that you had definitely won at the end? Also, do you feel that you had softened him up to the point that he didn’t have much left to offer going into the final?

IL: I feel I definitely won that fight against Rossy. I actually did not run out of steam. My corner at the end of the 2nd round told me that I was winning the fight and to save myself for the final in round 3. Instead, I was robbed of the victory and Audley was given a broken man to fight. Rossy could barely even stand for 9 minutes after his fight with me, let alone put up a fight against Audley.

DE: The winner of that Prizefighter tournament, Audley Harrison, has of course unretired recently. What are your thoughts on his return to the British heavyweight scene and do you relish the possibility of being able to fight him?

IL: I think he would never fight me, and I reckon the board need to summon him for an in-depth brain scan if he still thinks he can fight.

DE: Next up is Colin Kenna on July 13th, and with it a chance to avenge a loss from earlier in your career.  Are you looking forward to proving a point against Kenna? Is that a factor, or is it just another fight in your eyes in order to keep busy? What will be different this time and what type of fight are you expecting?

IL: I do want to prove a point against Kenna because I never trained for our first meeting. I had a broken wrist that was still in a plaster 6 days before the fight. When you’re unbeaten, you tend to think no matter what shape you’re in that you will find a way to come through a fight like that with your 0 intact even if you haven’t trained – I learned my lesson. I still pushed him to the brink and he only won it by 1 point, so if that’s what happens when I’m unfit, what will I do to him when I am fit?  You can expect me to go looking for him from the opening bell.

IL: Training is going well and I am where I would like to be at this point before a fight. I’m currently on course to be at peak fitness on the night.

DE: How are things coming together under the tutelage of Don Charles?

IL: Dons helps to show everyone what’s always been there, but I have never been in-shape enough to showcase it for more that 2 rounds, that’s the problem.

DE: As an amateur, you once reached #4 in world and had wins over the likes of Odlanier Solis and Robert Helenius. How significant would you say it is for a professional boxer to have a good amateur background?

IL: I think the significance of that showed in the Darch fight – I had that amateur background while he was a novice. He was not used to dealing with different styles and his punches were wild. He was strong and kept coming forward, so I setup counters and attacks.

DE: What is one of the best pieces of boxing advice you’ve ever been given off the top of your head?

IL: To knock out the opponent before they get the chance to do it to you.

DE :What inspires you to be the best you can be in boxing?

IL: Winning and my desire to compete at a high level.

DE: You are sporting the nickname of “Lay Em Out” nowadays. Who came up with it and what is it supposed to represent?

IL: I had that nickname in the amateurs because I was knocking so many people out, so simply put, that’s how I came up with the name. My amateur record was 67 fights 5 losses and 47 knockouts.

DE: Plenty of fans have come to recognize that you have heavy hands, an excellent skillset and a good boxing brain. You clearly have the potential to have a very successful pro career. Nevertheless, many observers are of the view that your weight and conditioning could hold you back from achieving what you otherwise would. After Prizefighter, even Steve Goodwin was quoted as saying “I believe an Ian Lewison a stone lighter would have won Prizefighter” and “Ian is extremely talented. That’s why we took him on and I knew of his problems with training, so I asked Don Charles to get him right.” How would you describe your approach to training and do you agree with those who feel that once you are in better shape physically, the sky is the limit in regards to what you can potentially achieve?

IL: Firstly, weight does not equal fitness. Just look at Danny Williams when he fought Vitali Klitchko when he was 19 stone plus, yet his fitness never came into question in that fight, nor when he weighed the same in other fights and still did 12 rounds. It’s no secret that I am not the best when it comes to gym attendance, but I am now dealing with my weight in order to get to where I should be. Aside from that, I believe I can go all the way. I punch just as hard, if not harder than the top heavyweights in the world and I am a thinking fighter. In the ring, I don’t just throw, I setup attacks and there’s a difference. I believe 2013 going into 2014 will be my time.

DE: What kind of interests do you have outside of fighting?

IL: I’m a boxing fan, I watch a lot boxing. Aside from that, I like reading business books, as well as autobiographies about people who made something from nothing.

DE: A random fact that fans probably don’t already know about you?

DE: What do you feel is the next step for your career?

IL: Fighting for a British title and then European.