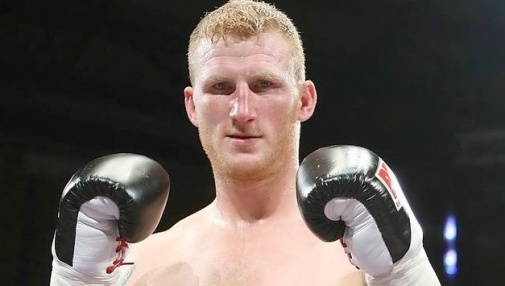 Forgotten British heavyweight contender Tom Dallas has secured the opportunity of a lifetime after being offered the chance to fight at the Mecca of boxing Madison Square Garden, on the undercard of the world heavyweight title fight between Wladamir Klitschko and Bryant Jennings, April 25.

The Chatham giant, who works as a roofer by day, will challenge unbeaten American Charles Martin for his WBO NABO heavyweight title.

Southpaw Martin has an impressive record of 20 wins, with 18KOs and will present a big ask for Dallas (17-4, 12KOs), who hast fought in nearly two years – but he is looking forward to the experience of fighting at the Garden in New York and will give it his best shot.

“The opportunity came up and it’s one which I am never going to get again. I don’t think anyone else around here can say they have fought at Madison Square Gardens.” Dallas told his local paper Kent online.

“People say I may get knocked out but that’s the worst that could happen and I’ve been there and done it before.

“I would rather regret something than not take up the opportunity when it is there. If it works out great, if not I’ll be back on the roof on the Monday.”

Dallas, 30, had dropped out of the British heavyweight rankings, having not fought since September 2013, when he lost to Ian Lewison via a 2nd round TKO – But he had been back in training and was preparing to take on Ali Adams for the Southern Area title but will now turn his attentions to this big fight in America instead .