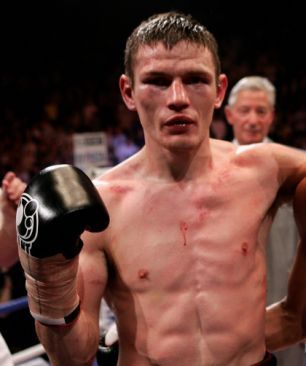 Limond Retains His Belt Against Prince in Small Hall Classic

Willie Limond made a successful first defence his Commonwealth light-welterweight title against Mitch Prince scoring a unanimous points win 115-113, 115-113 and 116-112 in a small hall classic at Bellahouston Sports Centre in Glasgow tonight.

Limond, 34, may have thought it was going to be an early night when he dropped Prince in the first round after an hectic start to a fight that got better and better, roared on by a rampant crowd who got behind the fighters and afterwards gave both a standing ovation.

Challenger and underdog Prince, who had a record of 11-1-1, 1KO) going in, was far less experienced than Limond, but made up for that with his courage and heart, proving he could take a good shot too, pushing the champion all the way in a thriller.

Both tried to dominate centre ring and with neither willing to take a backwards step, they stood toe to toe. Limond’s better ring skills were evident and he was gradually picking up the points. Prince had a good fourth round and had Limond (36-4, 10KOs) looking uncomfortable for the first time, but he came back in the next session to take the initiative back.

The action never let up and Prince continued to take the fight to Limond down the home straight, he was getting caught coming in and eating the champions left hook, he responded with his own hurtful right in the eighth that woke up Limond and the fight continued to receive the crowds respect after each round.

The fight eventually ended has it had played out, both fought to a standstill as the final bell was barely heard over the crowds applause and cheers, and it was Limond, whose superior skills saw him take a good win against a game challenger, who deserves praise for his efforts.

Limond’s next defence could be an all Scottish clash against Aberdeen’s Lee McAllister, who vacated the same title last year.