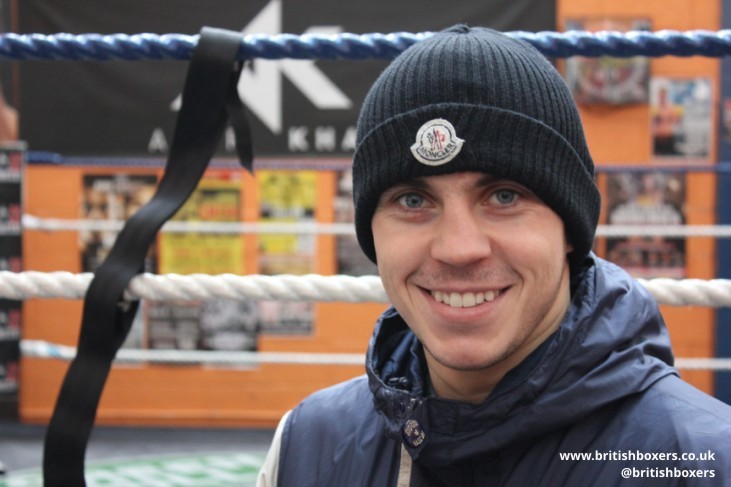 Unbeaten World super-bantamweight contender Scott Quigg has signed with promoter Eddie Hearn’s Matchroom Boxing and will have his first fight for them in Bolton on June 29th.

The unbeaten 24-year-old Mancunian who has not fought since last November when he stopped Rendall Munroe, (KO6) signed with the London based stable after parting with previous promoter Ricky Hatton.

Inactivity has prevented Quigg from pushing on to the world title opportunity he craves and fully deserves and he will be hoping that Hearn can quickly deliver the big-names and nights that they have promised him.

“We have a very quick press conference to announce our latest signing, and someone that I’m very proud to announce” said Eddie Hearn.

“There has been a lot of talk as to who would it be and Matchroom are delighted to welcome Scott Quigg the WBA Interim world super-bantamweight champion to our stable.

“He’ll box on June 29th on a packed card and he can then box basically when he wants after that.

“He’s in a great position and we’ve had talk with the WBA about an up-coming world title fight also talks even last night with Jonathan Romero about a shot at the IBF title so we are very excited for Scott to join the team. Most importantly for Scott it’s all about activity now.” added Hearn.

Quigg’s move to Matchroom comes just a few weeks after his domestic rival Carl Frampton decided to part company with Hearn to work with Frank Warren and it remains to be seen whether a clash between the two best super-bantamweights in Britain can finally be agreed in the future.

Quigg is one of the best conditioned UK fighters on the scene, he lives and breathes the sport and he will hope now Matchroom delivers the fights he craves and deserves.

“I’ve had one fight in a year so it’s about getting the momentum going and looking to make waves in the division again.” said Quigg.

“No-one sees how hard I train, no-one sees the effort and dedication that I put in to get to the top. I came into boxing wanting to be a World champion, I don’t want to settle at British or European – I’ve come in to be the best. You might need a bit of luck here and there but I think I have the ability and I know I have the desire and dedication to make it happen.”