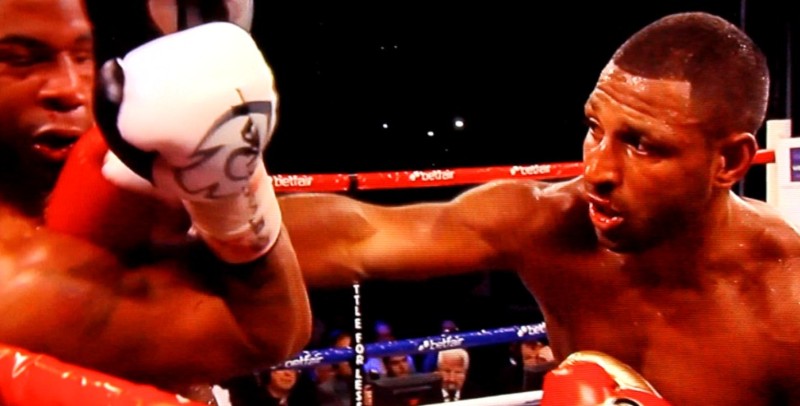 Kell Brook looked and performed like a different boxer to the one who struggled to contain Carson Jones in July last year. This time around in Hull, Brook dominated Jones, dropped him in the second, before stopping the tough American at 1:07 of the 8th round, at the KC Stadium on Saturday night.

Jones came back after the knockdown and did his best to get back in the fight, but Brook was class, he timed his shots to perfection took his time and in truth battered Jones for the best part of the fight. In round eight, Jones touched down with his glove early in the round and continued to be pushed back by Brook onto the ropes. Brook’s shots were piercing Jone’s leaky defence and it was hard to watch, until referee Michael Alexander stepped in and ended the fight.

Brook has seen a fight with IBF welterweight champion Devon Alexander cancelled on three occasions this year, and this was his first appearance in the ring since winning a final eliminator last October against Hector David Saldivia. It was a good performance and a much needed workout ahead of bigger fights.

Jones had taken Brook to the brink of defeat in Sheffield and ‘The Special One’ wanted to put the record straight, after being questioned after his lackluster performance that night in his home town. Tonight in Hull Brook was almost punch perfect and takes a good win, ahead of a big fight in September (TBC) Jones as usual was as tough as old boots and went out on his shield. He was taking far too many shots and when the referee stopped the fight, he was complaining, but it was the correct decision.

Kell Brook speaks to Kugan Cassius for iFilmLondon after his 10th round stoppage win over Carson Jones.