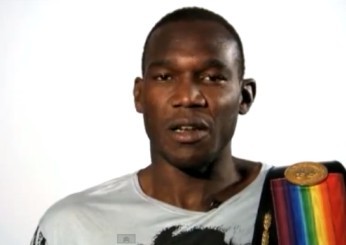 Ovill McKenzie talks about his rematch with Enzo Maccarinelli which takes place in Cardiff on August 17.

Commonwealth champion Ovill McKenzie has promised to end nice guy Enzo Maccarinelli’s career in Cardiff next month, but wishes it wasn’t him who had to do it.

The two light-heavyweights meet again on Nathan Cleverly’s world title undercard after their contest in Liverpool last November was controversially stopped in the second round by referee Ian John-Lewis, after Maccarenelli was tagged and under pressure against the ropes.

Former world cruiserweight champion Maccarinelli, had said before the fight his game-plan was to soak up McKenzie’s early attacks and knew he would have to take Ovill’s best and weather the storm to be victorious later in the fight, but John-Lewis ended the fight to the bewilderment of both boxers and a disappointed crowd and the return has been on the cards ever since.

Jamaican-born, Derby man McKenzie has declared there will be no debate this time when he travels from his Derby home to the Motorpoint Arena and lives up to his ‘Upsetter’ nickname, although the upsetter might have more than one meaning to the thoughtfull McKenzie on the night.

“Coming down to Cardiff is not a problem for me,” said McKenzie, who has recovered from the ankle and knee problems which forced the postponement of the keenly-awaited re-match in April.

“I’m always a fighter who goes to places to do the business. I’m never the home fighter, I’m the man who comes to lose but turns it all around.

“That’s why I’m the ‘Upsetter’ and I’m coming down to steal Enzo’s show.

“Enzo is a nice guy – I’ve been to Swansea to spar with him in the past and his family looked after me well – so it’s just a shame that I’m the one who’s going to end his career.

“He’s had his time, he’s been there and done it – but it comes down who wants it more and I’m a hungry guy.”

Watch the Full Interview with Oville McKenzie on the Video above