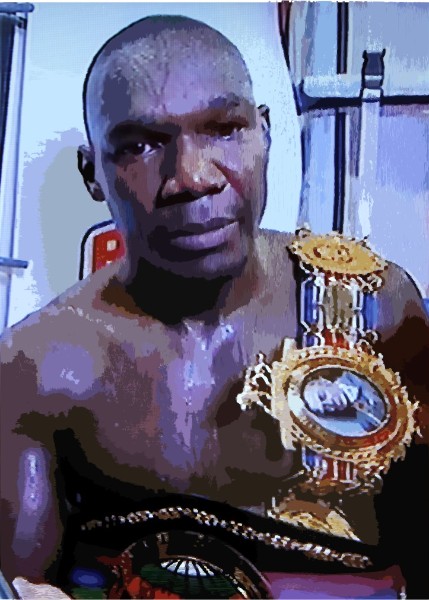 Ovill McKenzie – You can’t keep a good man down!

Nicknamed ‘The Upsetter’ McKenzie again lived up to his monocle and afterwards called for a world title fight to show his appreciation to Britain for helping him fulfil his dreams and want,s to start doing some upsetting abroad and bring a world title home.

This was only McKenzie’s second fight at cruiserweight having made his debut against Tony Conquest less than two month’s ago to claim the Commonwealth with a 5th round stoppage and seems to have taken all the power up with him he had at light-heavyweight.

McKenzie made a good fast start to the contest and Dickinson was content to feel his way into it and didn’t engage much in the opening session but for a few feeling out jabs, giving McKenzie the opener.

In the second round it was again a tight nit affair with not much leather traded and then just on the bell to end the second round, McKenzie let fly with a left hook followed by a right hand that dropped Dickinson flat on his back. He managed to get to his feet but the shots were hard and had effected his legs, they were shaky and as the referee looked in his eyes he made he stumbled backwards slightly and the referee Victor Louglin decided to call the fight off to the cries of a delighted McKenzie and the protests of a gutted Dickinson

“I need to go abroad, anywhere in the world and come back with a world title for Britain.” said McKenzie afterwards while adorning both of his belts on his shoulders.

“I want to show my appreciation to Britain for letting me in this country and helping me to fulfil my career, and my dreams.

“I’m the Upsetter and I’ve been doing a lot of upsetting in England but now I want go abroad and do some more upsetting and bring a belt back to the UK.”