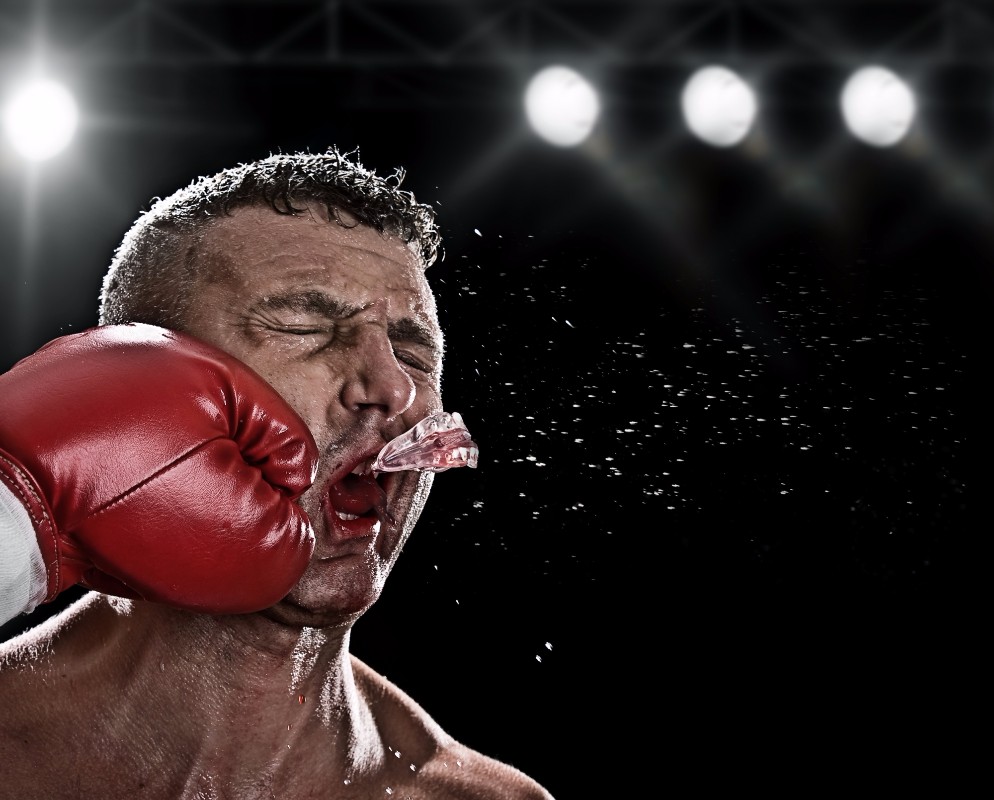 The question of what makes a puncher is best addressed by discounting the things that don’t have anything to do with whether a boxer is a puncher or not. The first thing to rule out is the build of the boxer.

Skinny boxers and those with a more well-upholstered look can both be punchers. Being built like a champion body builder is rarely the secret.

There has been a tendency in the last twenty or thirty years for boxers to conform to a type and part of the package has been a more muscular look. But whilst the trainers will undoubtedly say that fat is weight you have to carry around and muscle is weight that carries you around; there is a downside to the Charles Atlas look. Those big muscles burn oxygen at a fierce rate.

Clearly weight is something to do with it. Even though most of us will have heard tales of trainers who say that featherweight X or flyweight Y is the hardest puncher in the gym, you cannot deny the effect of some extra poundage.

Tony Thompson has demonstrated this a couple of times recently in this country. In the old days there was a saying that punchers were born and not made and there is some truth in this, but punching power can be improved upon. The timing element is probably innate. There are boxers who seem to be able to read their opponent’s intentions and to send a jab out just as the other man has taken a step forward. If you walk on to a punch, its effects are far more drastic.

The feet are important too, but I never believed those who said they spent a significant time watching their opponent’s feet. The face and eyes are better clues as to what is coming next. But the feet have a role to play. All the old time trainers say that a punch comes up from the floor; that if the feet are not firmly planted, a boxer will not have access to all his power.

I suspect that there is quite a bit of truth to this adage. How many times have you watched a known puncher patiently stalking his prey, knowing that as the rounds progress and his fleet footed opponent begins to lose the spring is his legs, he will surely get his chance. And sometimes one chance is all you need. Colin Jones proved this twice in his fights with the gifted Kirkland Laing.

I am sure that physicists could describe exactly just what combination of speed and weight combine together to generate the greatest amount of power. What they could not do is to look at photographs of two boxers in the same weight division and predict which one of them would be the puncher. Speed is clearly a part of the package.

But which shot is the hardest in a boxer’s arsenal. The left hook is sometimes known as “Boxing’s deadliest punch” but an orthodox boxer, standing with his left foot forward and jabbing with his left, throws the left hook with his naturally weaker hand. Although he might have thrown thousands of left hooks at the heavy bag, in order to make the left hand as effective as the right, I reckon a right hand punch from a right hander will always do more damage.

But the curved trajectory of a hook means that it is a lot easier for an opponent to fail to see the incoming punch. That is why the quick, countering hook, thrown over the top of a jab, is such a satisfying punch to witness. In the amateurs throwing hooks from both hands is seen as something of a no-no. But in my mind the hook generates more power than a straight shot most of the time. My own personal theory is this: (This is about punches thrown with a curving trajectory – not straight punches.)

The average human hand probably weighs a bit more than half a pound: quite an effective hammer at the end of an arm just over two feet long. A punch thrown in a wide, swinging arc, not only does not land with full power, but is much more likely to land with the non-scoring part of the glove and thus do less damage. Once the hand starts to move, centrifugal force comes into play, and the fist naturally tends to move to the end of the arc described by the arm. My theory is, that it is the reining in of this natural, tendency that generates the leverage; and it is that leverage that generates the concussive power. Anybody any thoughts on the matter?