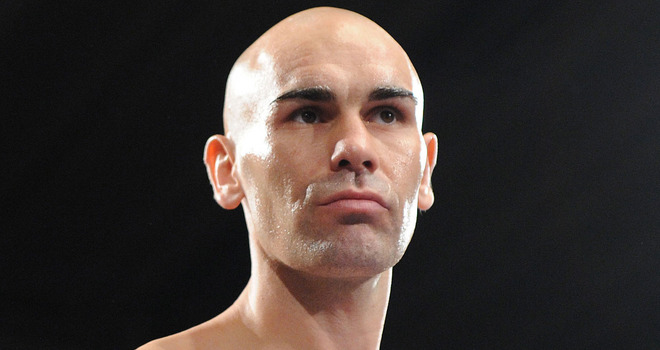 THE IBF BANTAMWEIGHT CHAMPIONSHIP OF THE WORLD

Hall v Butler is presented by Dennis Hobson, in association with Queensberry Promotions, and will be televised live and exclusive on The Channel Of Champions BoxNation (Sky Ch. 437/HD 590 and Virgin Ch. 546).  Join at www.boxnation.com

It’s set to be an explosive clash between the contrasting styles of Hall – the hard, solid and respected world champion from Darlington – against Butler, the young, flashy, unbeaten challenger from Ellesmere Port.

The reformed Ibiza ‘party boy’ put on one of the bravest performances seen in a British ring.  With his left eye totally closed and grotesquely swollen, and cuts above both, he battled away to claim the belt on the scorecards and complete a fairytale ending.

In his first defence, Hall, 34, made history when he clashed with County Durham rival Martin Ward at the Metro Radio Arena last month – the first time two fighters from the North East have fought for world honours.

With the fight starting to heat up, heads clashed at the end of the first round, opening a terrible cut above the challenger’s right eyebrow.  Ward’s corner desperately worked on the damage and sent their man out for the second, but with blood continuing to flow, referee Marcus McDonnell had no option but to stop it, with Hall retaining his title on a technical draw.

Iron-cast Hall will now look to harness all his experience as he aims to repel young and hungry challenger Butler – who he has previously sparred with and claims to have got the better of – in the biggest fight of his career. 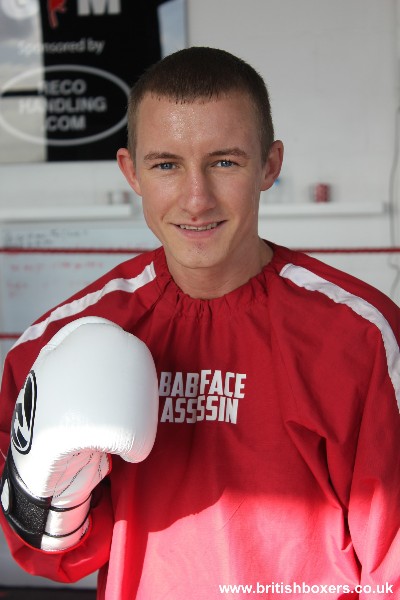 Hall said: “Butler is a very good fighter, and his performances have got himself into this position, but he’s also talked himself into this fight by making derogatory comments and I’m really looking forward to making him eat his words.  I’ll be too big, too strong and he’ll regret getting this chance.

“I’ve worked hard to become world champion and I won’t be losing the title.  I’ll take care of Butler before moving onto my mandatory challenger later in the year.  This will be an amazing occasion for the North East; the support I got in my last fight was incredible and myself and the fans will do the region proud again.”

After winning the 2010 ABA super-flyweight title, young sensation Butler, 25, hasn’t put a foot wrong since his 2011 pro debut and is unbeaten in 15 fights with eight knockouts.

Hailed as the new Ricky Hatton, the ruthless and vicious Butler has cut through opponents in devastating style, specialising in crippling body punching in the vein of British greats Hatton and Barry McGuigan.

Butler has campaigned at super-flyweight; seizing the British, Commonwealth, WBO and WBA Inter-continental titles.  While he made a big-impact on his bantamweight debut last month against Argentinian Oreste Bernabe Nieva – a man who had never been previously stopped.

Looking to impress and force the Hall fight, Butler set about Nieva from the opening bell.  Tearing him apart with sharp jabs, crushing right hands and withering body shots, the tough South American was finished off in the fourth, with a sickening left hook to the ribs leaving him unable to continue.

Hall represents a big step up for Butler, but he says he’s more than ready for the biggest challenge of his life.

“It’s the fight I’ve wanted and I know I’ve got the skill and firepower to beat Hall and take the world title from him,” said Butler.

“Hall’s a good, strong, fighter.  He’s the world champion and I respect him for that, but all respect will go out of the window on the night and I will do my job and I’ll go out and smoke his boots,”

“To fight for the world title is every fighter’s dream and I’ll realise that dream on June 7.”

Hobson said: “The atmosphere last time in the North East when Stuart beat Ward, was absolutely phenomenal.  5000 fans screaming their hearts out made it amazing and the occasion was one of the best I’ve experienced, and that includes being involved in boxing shows in Las Vegas,”

“It was a massive shame that Ward’s cut ended the contest early because the fans didn’t get to see what I think would have been a very good fight.  This defence against Butler will more than make up for that though.  Paul is a very accomplished fighter, and I think he’s a future world champion, but I believe this chance has come too early for him and against the wrong opponent,”

“Stuart has got everything you need in a world champion.  He’s incredibly strong, he’s brave and his boxing skills are hugely underrated.  He’ll be on top of Butler from the opening bell and I’m confident he’ll have too much for him.  I’m very pleased that we’re able to make this voluntary defence before Stuart takes on his mandatory challenger later in the year.  The North East fans are the best in the country and I know they’ll back Stuart again and make this a fantastic occasion.”

Warren said, “I’m delighted to deliver Paul this fantastic opportunity to challenge Stuart for his IBF World Bantamweight title.  Paul is a super talent and has done everything right on his rise to the top.  He has the ice cold determination, ability and desire to win the title and become world champion.

“I respect Stuart for what he’s achieved, and his brave win over Vusi Malinga was last year’s big British boxing story.  Stuart has age, physical maturity and experience on his side, but that is countered with Paul’s youth, confidence and aggression.  And while it is a calculated gamble on both Paul and my part’s, I see similarities to when Naseem Hamed went to Steve Robinson’s Cardiff backyard to take his WBO World Featherweight title.

“Stuart will have the backing of his loyal North-East fan base, but Paul will bring with him a huge crowd on the night to support him in his biggest moment.

“Boxing fans are in for a hot summer of big fights and the addition of Hall against Butler, with its potential to become a classic, has just made it even hotter.”

*Both parties have agreed terms and the fight is subject to final approval from the IBF.