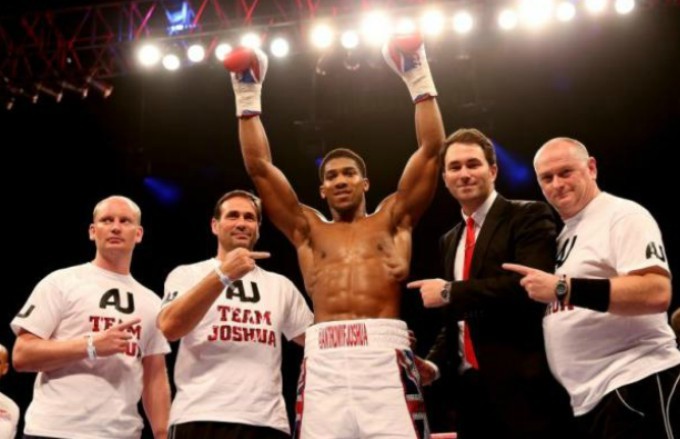 Barry McGuigan is tipping Olympic gold medallist Anthony Joshua to develop into one of the best heavyweights in the world in the coming years after turning professional last month in a blaze of glory under Matchroom.

Joshua is currently unbeaten in his three fights, winning all by KO, looking good whilst doing it and impressing many with his attitude, punching power and athleticism, non more so than McGuigan the former featherweight world champion who was speaking to TalkSport.

Joshua has his fourth outing on Saturday when he takes on Argentinean Hector Alfredo Avila in Manchester on the undercard of Froch vs Groves. And McGuigan has backed the 24-year-old to take the fight game by storm.

“I know he’s a grafter and, with a lot of hard work, there’s no doubt that in a couple of years’ time he’s going to be one of the best heavyweight boxers in the world.”

McGuigan admits, however, there is still work to be done on Joshua’s technique if he is to match his achievements in the amatuer game in the pro ranks.

“He needs to be developed,” he added. “He’s still stiff and unorthodox looking. He’s raw and his chin is up in the air like he’s looking over a fence. He’s got to get that down and tuck it in. He needs to be more flexible in the upper body.”