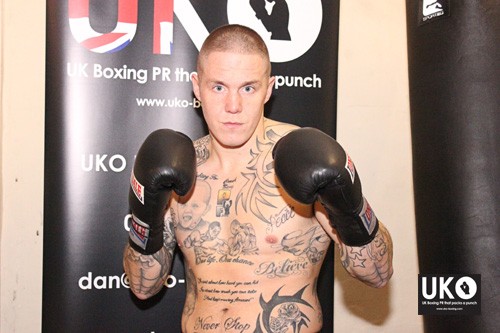 Terry Carruthers has vowed to ensure Jason Welborn suffers a nightmare before Christmas when the pair lock horns next week.

The current Midland Area Light Middleweight Champion has stoked the flames ahead of next Thursday’s showdown insisting Welborn’s time has passed and he is ready to step into the limelight.

Welborn came to prominence at the turn of the year as he challenged Frankie Gavin for the British welterweight Title. After being defeated, the Black Country boxer stepped up to light middleweight and has recorded back to back victories against Tomasz Mazurkiewicz and Max Maxwell, the latter for the British Masters Title in September.

After a mixed bag of results, the last 12 months have also seen Carruthers’ career flourish. The Birmingham boxer reached the Prizefighter Final a year ago and he picked up the Midland Area Light Middleweight Belt in October thanks to a points victory over Steve Spence.

Now Carruthers insists he is ready to shine at the expense of his Midlands rival.

“He’s had his chance and now it’s my time,” he told www.uko-boxing.com. “I’m very confident and I speak my mind.

“I’ve fought Chris Eubank Junior, I’ve beaten Nav Mansouri, the English Champion, and I’ve fought and drawn with Liam Smith, who is the current British Champion. I know what Welborn is about and I know I’m going to win.

“I know I’m going to have a good Christmas. I’ll still be Midlands Champion and looking forward to a British Title shot. It will be a difficult Christmas for Jason, I’ll make sure of that.”

Birmingham middleweight, Craig Cunningham completes the line-up as he faces Stoke’s Marcus Le Doux, who is unbeaten in his opening two professional contests to date.