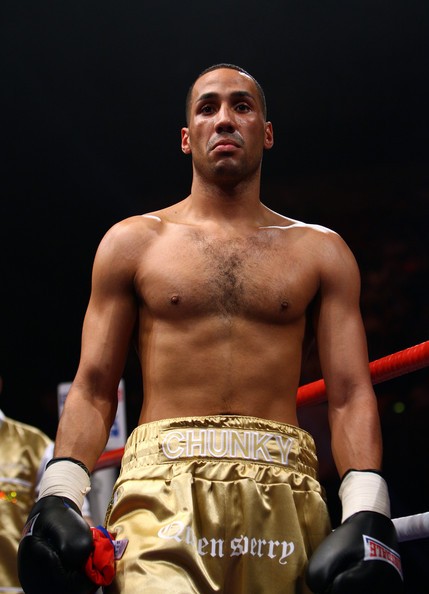 James DeGale MBE is closer to realising his world title dream, as the WBC call for him to face Badou Jack in a final eliminator for the right to become mandatory challenger for the WBC world super middleweight championship.

Following Marco Antonio Periban’s withdrawal from their scheduled eliminator, the WBC have announced the news that DeGale, the WBC Silver Champion, has been waiting for, as he moves just one fight away from facing champion Sakio Bika for the title.

In Jack, James faces a tough undefeated fighter who boasts 16 wins with 11 knockouts.

From Gambia/Sweden, Jack is based in Las Vegas with Mayweather Promotions and will certainly be looking for nothing less than a win against the man fondly known as Chunky.

But Chunky is unfazed by the challenge and had a message for his opponent:

“I hear that you’ve been training for a while now, so let’s get it on on March 1st and make it a night to remember – you’re in my way and I’m in your way, so please don’t do a Periban!”

James, 27, had been ordered to face the WBC #1 ranked Marco Antonio Periban by the WBC, but after Hennessy Sports agreed a deal in principle on the eve of purse bids, the Mexican fighter pulled out of the fight.

Now, James has a direct path to the prestigious WBC world title, something he feels is his destiny since he turned professional, as he aims to create history by becoming the first British fighter to be Olympic and professional world champion.

“James is a proven world class fighter and I’m delighted to have secured him this opportunity, because he has worked so hard for his chance,” Mick Hennessy said.

“He has done things properly; he became ABA Champion, Olympic Gold Medallist, turned professional, went on to win the British title, then the European title and now is the WBC Silver title holder, he has paid his dues so it is only right that he goes on towards the prestigious world title.

“We’re now in the private negotiation period and if we cannot come to an agreement with Jack’s representatives it will go to purse bids on February 14th.

“We have already made an offer to Mayweather Promotions for this fight to take place in England on March 1st and we are awaiting a reply.