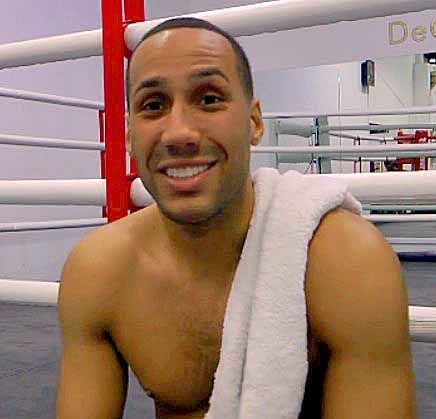 James DeGale’s WBC final eliminator against Badou Jack is off after Jack was knocked out in the first round by Dereck Edwards in New York last night.

Badou was down twice and on wobbly legs when the referee stopped the fight, in what was a upset win for Edwards on a Mayweather promoted bill at The Turning Stone Resort.

A meeting between DeGale and Jack was to take place on the undercard of of Floyd Mayweather’s fight against Marcos Maidana on May 3rd in Las Vegas but it is now likely, if DeGale (17-1, 11KOs) comes through his own tough fight tonight in Bristol against the unbeaten Gevorg Khatchikian (20-0, 8 KOs) he will now face Edwards instead with the winner taking on champion Sakio Bika in a mandatory challenge. Purse bids for the WBC super-middleweight eliminator are due on March 14th.

DeGale, the 2008 Olympic gold medal-winner and former British super-middleweight champion must take heed from Jack’s slip up and make sure his world title dreams dont go down the swany like Jack’s.

DeGale’s opponent tonight Khatchikian, could be dangerous in the first few rounds and the Dutch based Armenian cannot be taken lightly by the world title chasing Londoner. But DeGale who says he is now injury free after fighting with a condition known as Gilmore’s groin for the past few years.

But DeGale insists he is now ready to show his true colours after seeking help from England football physio Gary Lewin.

“It will be like having a pair of handcuffs removed,” claimed the current WBC super middleweight Silver champion.

“I had a bad case of sportsman’s groin and it would restrict me every time I stepped into the ring,” said the Beijing 2008 hero.

“There was always abdominal pain and I found it difficult to twist and turn and bend. That’s why I was not at my best and that’s why I did not always look that good.

“I was getting into the ring knowing I was not fully fit and it was quite a distraction.”

When in desperation, DeGale consulted Lewin, he finally received a diagnosis and was able to start on a course of treatment.

DeGale said: “Gary has been brilliant and the problem has now cleared up completely.

“He had treated Arsenal footballer Theo Walcott for the same injury and knew what he was talking about.

“I’ve been absolutely fine in sparring and, hopefully, the injury is now behind me and I can focus fully on the business of becoming world champion.”

Other Fights on the Bristol Bill.