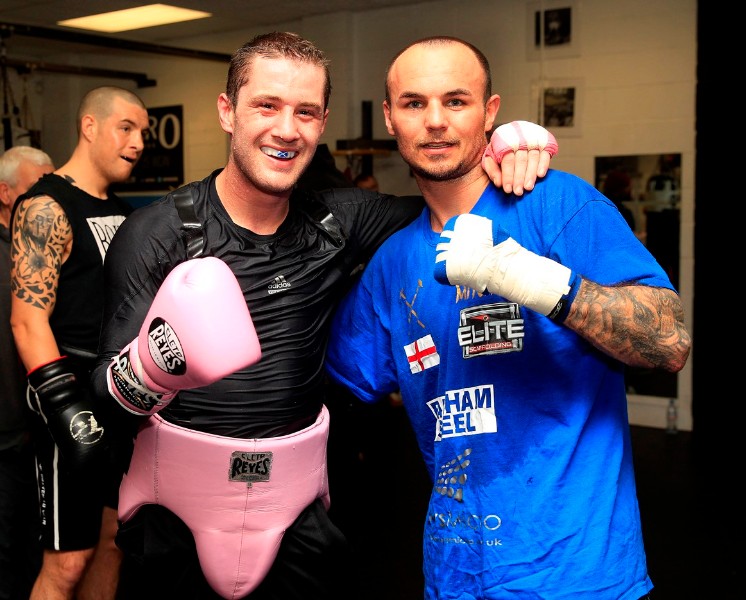 BURNS: SPAR WARS HAVE ME READY TO BEAT CRAWFORD

Ricky Burns says that the top class sparring he’s had in the build-up will give him the edge in his WBO World Lightweight title defence against Terence Crawford at the SECC in Glasgow on Saturday night (March 1), live on Sky Sports.

Burns travelled down to Essex recently to mix it with former title challenge foe Kevin Mitchell and unbeaten Lightweight talent Martin J. Ward, and has played host to Olympic Gold medallist Luke Campbell MBE and British, European and Commonwealth Super Featherweight champion Lee Selby in Glasgow as he plots a path to victory against the highly-rated unbeaten Omaha fighter.

“Sparring with Kevin was brilliant,” said Burns. “We did a good 30-plus rounds with him and Martin, who is a really talented boy. Luke was up in Scotland and was brilliant, he’s a huge talent, and Lee came up for the last week and he’s stylish and slick.

“I really think we have replicated what he will bring. I felt as if for the last couple of fights we were doing too much sparring and circuits work, and although I was in great shape, it was getting a bit repetitive for 12 weeks before a fight. My good mate Matthew has come in as my strength and conditioner, we’ve known each other a long time so that’s helped and we’re really mixing it up so it never feels boring or stale. The 6am starts for the hill sprints haven’t been great fun as I’m not a morning person, but I soon got into the routine and I’ve really loved this camp and I think it’s going to benefit me on fight night.

“Crawford is a very slick boxer, he switch hits and he’s very good both orthodox and southpaw, we tried  to get Jose Gonzales over for sparring who I boxed before as he would have been ideal but sadly we couldn’t get that to work, but we know what we’re expecting and we’ve had plenty of variety in sparring.”

Burns has changed things in training to prepare for his tenth World title fight, and life for the 30 year old is very different outside the ring too as he had to leave his five-month old son Leon to travel to Tony Sims’ gym for sparring. 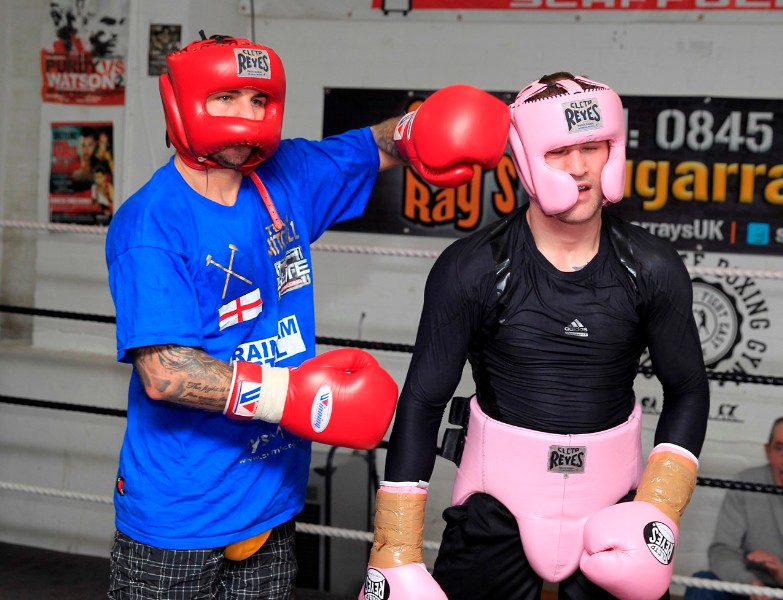 “Leon is great fun, he’s been teething recently but his first tooth came through when I was in Essex sparring Kevin and Martin, it was a great boost to me to come back and see him again, even after just one week away,” said Burns. “I feel sorry for Amanda as I am up and out in the morning to the gym and running, then home for food and sleep, then doing the same in the afternoon and evening, while she has him all to herself, especially when I am away, so after the fight she’ll be saying it’s your time now!”

Burns stopped Mitchell in the fifth round of their clash for Burns’ WBO belt in September 2012, and the Londoner is backing Burns to keep hold of his title on Saturday, claiming the Scotsman is in the best shape he’s ever seen him.

“Ricky is very fit, in great shape and looking good,” said Mitchell. “He’s the best I’ve been with him in the gym; he’s very strong, very fit, he knows this kid is slippery, he knows he’s a great boxer and though they say he’s not a big puncher, Ricky and I have spoken about the fact that you don’t want to get hit by this kid because if he hits you properly he will hurt you.

“Ricky had two rocky fights and didn’t perform but with fighters we’re only human and you don’t perform every time out.

“Don’t get me wrong, as a two-weight world champion I think he’s got nine defences in there, he’s doing really well and he’s got what it takes to beat this kid.

“I’m backing him, I’ve worked with him, he’s a friend of mine and I shared the ring with him on a number of occasions in the gym and obviously on fight night but I fancy him to do the job, overworking him and giving him a good seeing to.” 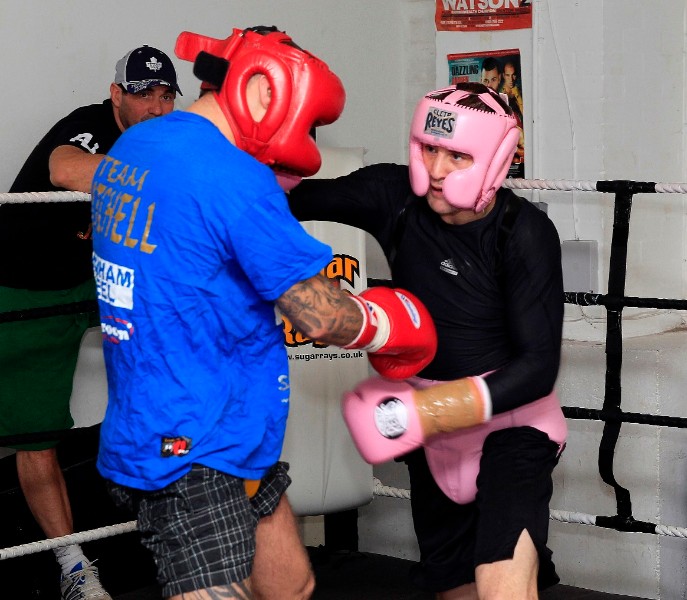 Joshua’s fellow Olympic medallist Anthony Ogogo is in action, Caldercruix Super Middleweight David Brophy looks to build on his 9-0-1 record on the bill, Glasgow Super Featherweight Michael Roberts can move to 14-0 with a win, former Team GB starlet Martin J. Ward is in six-round action while there is a trio of Scottish talents in four-round bouts in 20 year old Irvine Super Featherweight Ryan Collins, Wishaw’s Bantamweight Scott Allan and a debut for Glasgow’s Lightweight Ryan Smith.