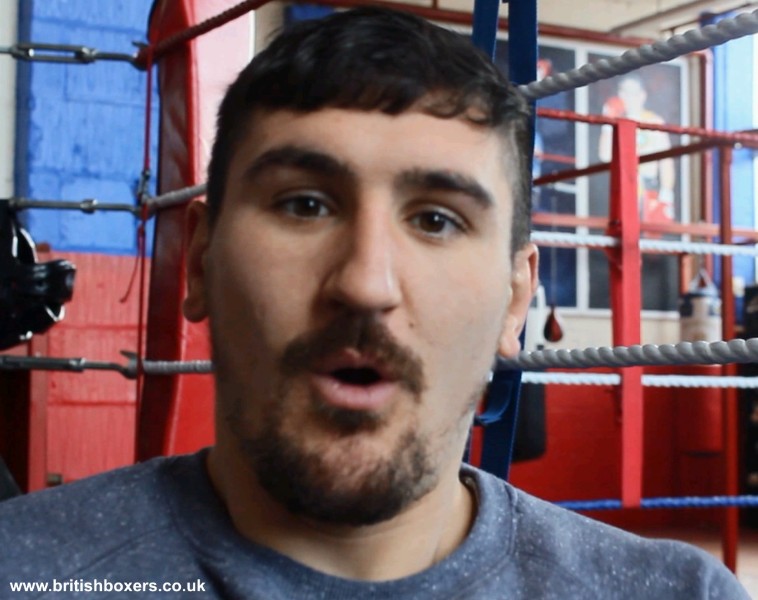 English cruiserweight champion Matty Askin will defend his belt against  former Prizefighter contestant Menay Edwards at the Winter Gardens in his home town of Blackpool on March 29th, hoping a win will set up a shot at the British title later this year if he comes through against the Londoner.

Askin, 25, has had 18 fights, won 16 and lost 2, and has scored 9 KOs. He turned professional in November 2008 with Manchester coach Brian Hughes after winning the ABA’s. Winning his first 9 fights, in 2011 Askin picked up the Central area tile with a 6th round TKO victory over Neil Dawson in his 10th. The Blackpool boxer eventually switched trainers after Hughes retired and he began working with Bob Shannon.

In April 2012 he suffered his first defeat in a crack at the English cruiserweight title against Jon Lewis Dickinson, a fight that also doubled has a British title eliminator. Askin gave a good account of himself but lost a decision over 10 rounds to the more seasoned Dickinson, who went on to become British champion.

After that loss he parted company with coach Shannon and hooked up with fellow Blackpool boxer turned trainer and former foe Matthew Ellis. After a comeback win over Paul Morris, Askin was offered a fight in against world top 10 ranked Pole Krzysztof Glowacki in Poland at just two weeks notice. He was talked into taking the fight and went over to Poland to try and cause an upset. He was on his way to doing just that and out fought and outboxed the unbeaten Glowacki until fatigue set in and in round 11, he was stopped with a rib crunching body shot.

To Askin’s credit he didn’t dwell on the loss and five months later entered a tough fight against former stable mate the unbeaten English champion China Clarke. Askin defeated Clarke on points and picked up the belt, before finishing off a successful 2013 with a routine points win over Bulgarian Tayar Mehmed.

Askin again recently changed trainers and is now working with former British and WBU world welterweight champion Michael Jennings in Chorley, Lancashire. Askin has known Jennings and his brother Dave since he was a young amateur and it was Michael who first took him to Brian Hughes’ gym. Under Jennings, Askin is the Jennings brothers first professional fighter after recently opening their gym and Askins says he is learning plenty of things and is very happy with the way he is progressing under Jennings world class tutor-ledge.

“Under Mike my defence is probably a million times better than its ever been, I’m throwing a lot more punches and my general all round game has upped a hell of a lot.” Askin told www.britishboxers.co.uk

“Mike’s been at the highest level and when your watching him and he is showing you things you want to pick it up straight away because it’s world class stuff.

“I’m the only professional in the gym at the moment so I get a lot of time with him. Mike still comes on the runs with us on a Saturday morning, gives us a beasting and it’s brilliant one-to-one stuff. added Askin.

The training camp for the Edwards defence has been the longest they have worked together and Askin knows a win will set him up nicely for a shot at the winner of Dickinson and Dawson who contest the title on the same night in Newcastle.

“To be fare regarding Menay Edwards, I don’t really know that much about him. I remember watching him a little bit in Prizefighter. He’s quite a big lad, not the biggest puncher but he’s got a decent work rate.