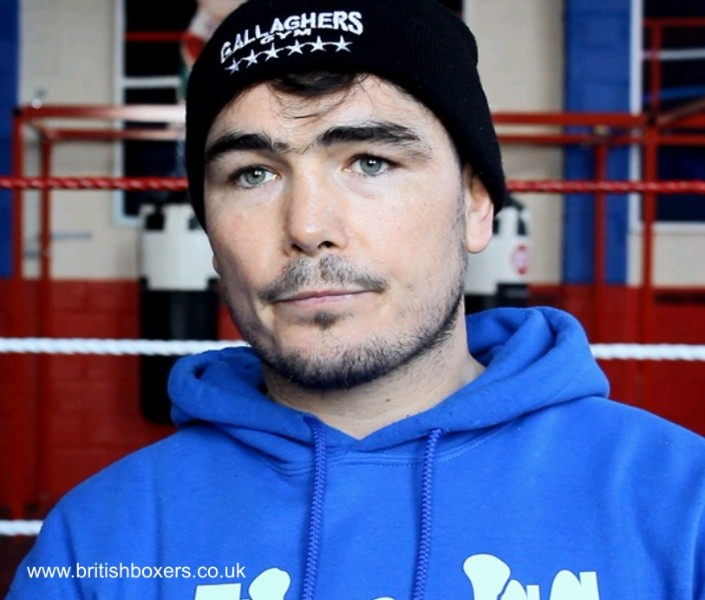 Pro Debut: May 1999, vs Tony Smith TKO1, at The Winter Gardens Blackpool.

Turning pro in May 1999, Michael Jennings went 28 fights unbeaten before suffering his first loss. During that period he claimed the WBU International belt and went on to capture the English and British titles and during 2005 together with Joe Calzaghe and Ricky Hatton held the best unbeaten record in British boxing. It was January 2006 when Jennings suffered his first loss, a controversial points defeat to West Bromwich’s Young Mutley, losing his British in the process.

In April 2007 he claimed the WBU version of the world title when he outpointed Mehrdud Takaloo and then went 4 fights unbeaten before being offered a shot at the vacant WBO world title against the pound for pound rated Puerto Rican Miguel Cotto at Madison Square Gardens in New York often described the Mecca of boxing. It was a big step up for Jennings at the time and after giving his best against Cotto, Jennings was stopped in the 5th round. 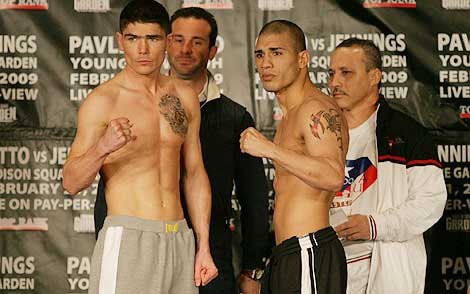 Jennings takes on Miguel Cotto at Madison Square Garden in 2009

Back in the ring just three months after the Cotto loss, Jennings was set on regaining his British title and after two wins on the bounce was matched with then Lonsdale belt holder Kell Brook for the unbeaten Sheffield man’s title. The fight was called off three times with both suffering training injuries and it wasn’t until a year later when they finally got it on at the Birmingham Arena in September 2010. The fight turned out to be an anti climax for Jennings, when after a good start to the fight it was stopped after he sustained a terrible cut on his right eye lid. That was the Lurcher’s last fight and because of consistent recurring shoulder injuries he has not been in a position to box. Jennings did start training with the intent to see if he could get himself back in fighting condition and make a return last year, he was training with Joe Gallagher but the injuries came back and his ring career again took another blow. 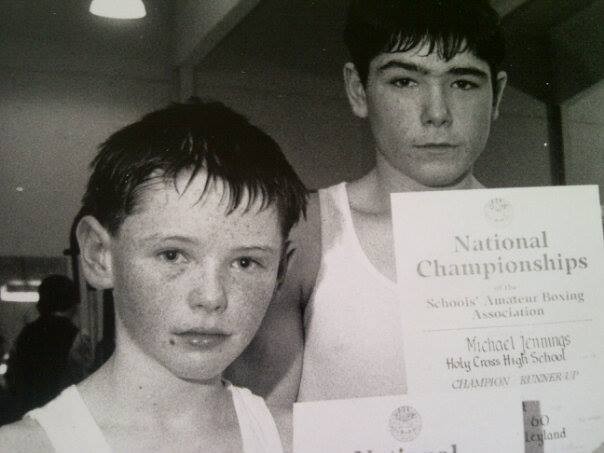 Since his absence from fighting, Jennings and his brother Dave have set up a gym in their home town of Chorley and since it’s inception have found themselves inundated with local youth looking to meet, train under and emulate the achievements of one of their home town hero’s. They are a fully affiliated amateur gym and have recently acquired their first professional, English champion Matty Askin. Jennings always wanted to stay involved in boxing and even though training fighters doesn’t do it quite like getting in there again himself, he is very content with his knew vocation but doesn’t rule out ever lacing up the gloves again himself, if an operation on his injured shoulders is successful down the line.

I went over to meet Michael at his gym in the Coppull Mill and after a morning session with Askin we sat in his gym ring and spoke about his career and some of the key fights and achievements. We re-visit his fight with Cotto in-depth with fight footage clips with Jennings’ comments on his thoughts before during and after tackling Cotto in the biggest fight of his career. Jennings also talks about his fight with Kell Brook and goes back to how he got into boxing and what made him the fighter he became.

With reflection on the past and a optimistic eye on his future career as a trainer of the next champions, Jennings says tells us he expects to be part of British boxing for many years to come. It was a pleasure for me to do this with video with Michael and I hope you enjoy as much as me taking a look back at the career of Michael ‘The Lurcher’ Jennings. 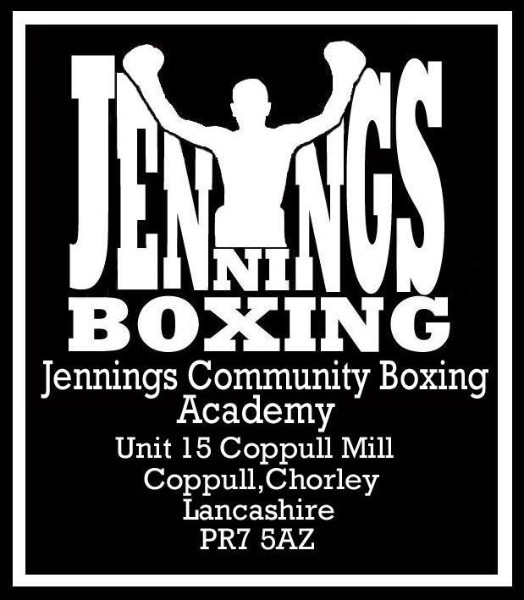