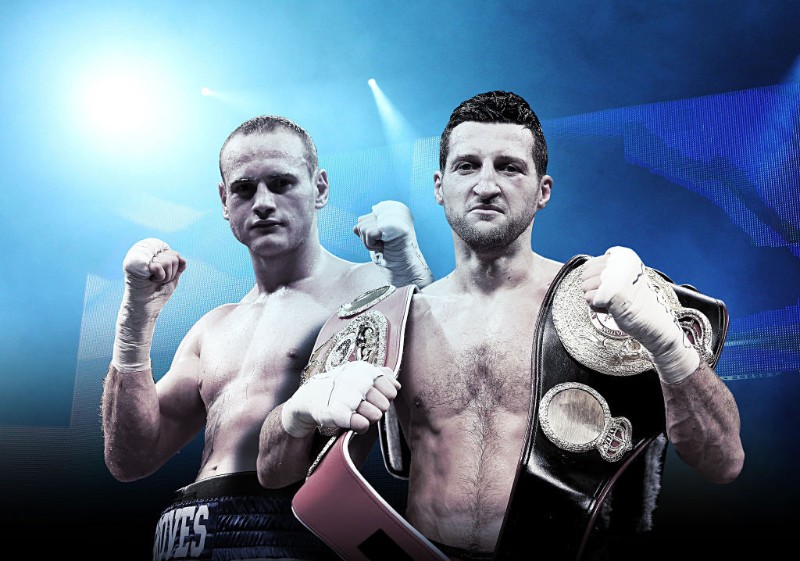 It’s ON! Froch-Groves II signed for May

Carl Froch and George Groves will meet in a rematch after agreeing terms this morning to meet on May 31, with Nottingham’s Froch once again defending his WBA and IBF world super-middleweight titles against the Londoner.

A host of Britain’s most iconic sporting stadiums are in the running to stage the contest, venues being considered, include Wembley, Twickenham, Old Trafford, the Emirates Stadium and Nottingham Forest’s City Ground.

They both lit up the Manchester Arena in November in there first clash, which was an epic battle and the fight of the year. Groves dropped Froch in the first round and outboxed the champion for most of the fight. The Cobra managed to battle through and stopped Groves in round nine. But the stoppage was controversial and the IBF ordered Froch to give Groves the rematch. After some stumbling blocks, the fight has finally been signed and one of the most eagerly anticipated matchups for 2014 will happen!

“I’m pleased to finally get my next fight confirmed,” Froch said.

“We had a number of options but ultimately I listened to the public and gave them what they wanted, I expect this to be one of the biggest fights the country has ever seen.

“It’s been a difficult period for me following the first fight. I’ve had to listen to his endless whining and appeals when ultimately the referee did him perhaps the biggest favour possible and saved him from a devastating knockout, whilst denying me the right if a clinical finish and a great comeback victory.

“I was poor in the first fight. I didn’t give him the respect as a fighter and lacked the drive that I had against Lucian Bute and Mikkel Kessler. Well now he has my attention but ultimately it’s not going to get any better for George from here. He threw the kitchen sink at me that night and I still found a way back in the fight to win. I love to fight and I can’t wait to get back in there and do a proper job in him.”

“I feel blessed that I am getting this fantastic opportunity to participate in what could be Britain’s biggest ever boxing match,” said Groves. “I am still shocked that Froch has agreed to take the fight. I respect him for his bravery.

“Now I am preparing to get in the greatest physical and mental shape possible to destroy Froch in what can only be a three-round fight. Britain will have its own Hagler-Hearns to talk about for years to come. I am counting down the days until I’m World Super Middleweight champion.”

“Quite simply, I believe this is the biggest fight in British boxing history,” said promoter Eddie Hearn.

“Taking away the controversy from their first encounter, it was one of the most epic and exhilarating fights I have ever witnessed and I’m delighted the public are going to get a chance to see it all again.”

WHO WINS? Please leave your comments below!