Germaine “G-Man” Brown: “No Limit on What I can achieve” 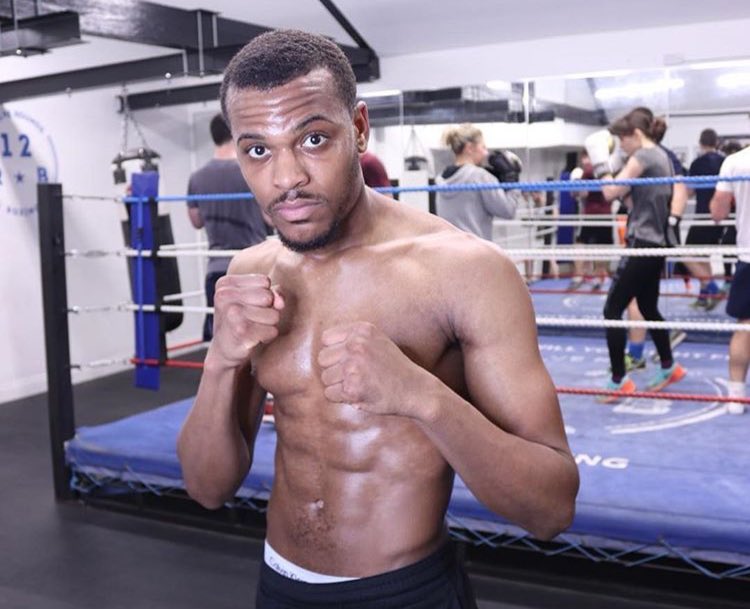 Germaine Brown is a confident man but not in the all too familiar Clubber Lang pastiche kind of way. It is hard to imagine him ever floating into the ring on a magic carpet in the manner of Naseem Hamed. His confidence is one of quiet certainty in his own ability and potential.

Check out NetBet Sport for the latest boxing betting

He answers every question that I put to him politely and with a friendly mien. But, his answers are: short, efficient, succinct and straight to the point.  He is not about wasting time on unnecessary fluff or superfluous details.

His professional career only commenced a little over a month ago with a unanimous decision triumph over Devon’s Nathan Halton. Yet, even before that opening encounter Brown was being tipped for the top. I ask him if he was nervous before that debut bow and he answers in a way that soon becomes a recurring characteristic of our conversation.

“No. I wasn’t nervous at all. I was ready to go. I was confident. I had a lot of preparation going into the fight and that’s why. I had done lots of training and sparring coming up to it. I had a few weeks’ notice but I was really fit even before that. I was really prepared, so had nothing to worry about at all.”

Despite, only taking up boxing at 16, when his school set up a club, Brown still managed to achieve significant success as an amateur. This preceded him taking a trip with his brother to Lambeth’s famous Fitzroy Lodge ABC. A perfect moment of symmetry that he describes as.

“I went down there and I just stayed there. I really enjoyed it and have stayed with my coach from there (Adam Martin) since I have turned pro.”

In his successful amateur career Brown collected the Novice London Championship and was a Boxing Alliance England finalist. Something that led to him being engaged as a regular sparring partner for George Groves –before he had even turned pro- in the months before his February WBA title and WBSS semi-final victory over Chris Eubank Jr. An opportunity that he keenly defines as “a great experience.”

“Literally I was boxing George Groves from November onwards. Three days a week, me and my coach Adam Martin, would go down there and get some rounds in with him. It was a great way to get some experience.”

I ask the 23 year old super middleweight whether there is anything that he felt he could have done better in his career opener. He responds in his usual straightforward manner.

“Maybe, just worked on the jab a bit more. I was looking for shots too much and was a bit wild with them. Nothing else but experience, really. I’m just gonna learn. Get back on the videos from it and learn in the gym.”

Brown is due back in the ring on the 2nd June as part of Joseph Pyle’s appropriately named “New Era” promotion. Topping the bill will be Kirk Garvey vs Joel McIntyre for the vacant Southern Area strap. Brown has sparred his share of rounds with Garvey at Clapham’s 12 Rounds Gym; who is on the fringe of the UK top 10 at light heavyweight.

His opponent is still to be confirmed but he is animated about his need to be active and to secure ring time.

“I want as many bouts as possible. I am not trying to take my time with it and take months with each fight and that. I have told Adam (Martin) to sort out as much stuff as possible for me.”

A recurring barrier for so many young fighters, to getting the regular ring activity that they crave, is the ongoing burden of ticket sales. An age old chicken and egg dilemma of how to generate sales without a profile and vice-versa. This is a problem that Brown is comfortable that he can avoid. Beyond his close friends and family, he has a steady following from his amateur days, and has cultivated additional support via skilful usage of social media.

He tells me that he has had no trouble discharging his ticket cache ahead of his next fight, in a way that would make many emerging prospects envious. “I got my tickets on the Thursday and had dropped them all off by the next week.”

But for all this abundant support and obvious potential, Brown is not in a position to go full-time just yet. He spends his days working as a plumber, and currently lacks the necessary sponsorship in order to get the time in the gym that he really covets.

“I’m plumbing at the moment and mixing it with my training. I’m still working. I haven’t got any sponsors, so I am out trying to get them. Sponsorship would really help. I am trying to get it sorted so that I can have more time in the gym.”

An unsatisfactory situation that will surely soon be corrected as Brown seizes the opportunity to showcases his pure, crowd pleasing style. He defines himself as an “Old school boxer that uses the jab and has good footwork.” He combines this with aggressive come forward intent and carries a concussive right-hand.

I ask the self-styled “G-Man” for some insight into his influences and heroes within the fight game and he references a cavalcade of old school legends that include the likes of: Tommy Hearns, Muhammad Ali, and Sugar Ray Robinson.

Does he have what it takes to reach their meteoric heights?

“I’m putting no limit on anything. I aim for the top. I take every fight seriously and each step at a time. I put no limit on what I can achieve.”

Watch out for Germaine Brown. He really does seem to possess many of the attributes to be the authentic real deal.