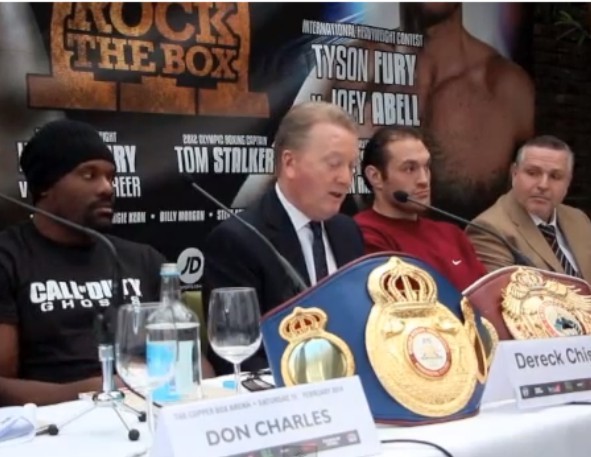 The show is headlined by former and future heavyweight rivals Dereck Chisora and Tyson Fury who both take on American opponents before they are both expected to clash in June.

Fury makes his BoxNation debut when he faces American Joey Abell after Gonzalo Omar Basile pulled out a fortnight before the fight with a lung infection.

Fury won’t have it easy against Abell, who has 29 wins – 28 of them inside the distance – and only 7 losses. Abell’s last outing was a TKO defeat to the in-form Kubrat Pulev.

Fury is a likely summer opponent for London’s Dereck Chisora in what would be one of the biggest domestic fights of 2014 between Britain’s two top heavyweights. The pair first met in July 2011 when Fury won a unanimous decision to steal away the British and Commonwealth titles.

Dereck Chisora begins his 2014 world title campaign at the Copper Box Arena as he aims to end the year as a world champion.