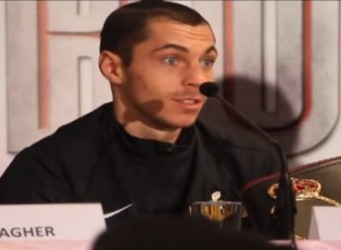 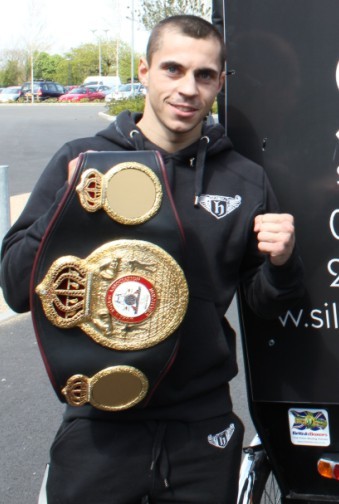 Bury hero Quigg makes the second defence of his title, and faces a stiff test in the shape of the number one challenger and interim champion from Venezuela. Cermeno landed the interim title in August with a split decision win over unbeaten Columbian Oscar Escandon, and the 34 year old aiming for third time lucky having twice tackled Anselmo Moreno for the WBA Bantamweight title in 2010.

Tickets for the bumper Manchester show go on sale at 10am tomorrow (Thursday February 20) with a star-studded line up in action.

“I’m delighted to be back in Manchester for this monster show”, said Hearn. “Scott Quigg is in the toughest fight of his career against mandatory challenger and interim champ Cermeno who already holds impressive victories over Cristian Mijares, who faces Leo Santa Cruz in March for the WBC crown and undefeated Oscar Escandon in his last outing.

“Anthony Crolla will be in a big domestic battle, Jamie McDonnell is on the march to a second World title and Olympic Gold medallists Anthony Joshua and Luke Campbell continue their journeys to the top.”

The show hits US screens on AWE TV and their president Charles Herring said he’s delighted to bring the card to fight fans in the States.

“This card is a ‘must watch’ action-packed afternoon of live world class boxing for US fight fans,” said Herring. “AWE is pleased to be delivering another great Eddie Hearn World Championship main event to boxing fans across America.”