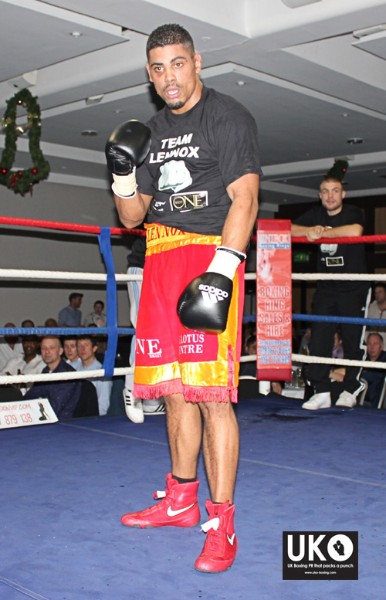 Lennox Clarke admits his next fight will be like looking in a mirror.

The Halesowen super middleweight has made a stunning start to life as a professional boxer having switched from the white-collar version of the sport last November.

The 22 year-old recorded a stunning second-round debut stoppage over James Child before easing to a well-earned points victory over the tricky Jody Meikle in December.

Clarke appears on EJKO Promotions’ March Mayhem Show at Walsall Town Hall next Saturday, 1st March, taking on an opponent whose background mirrors that of his own.

Rotherham’s Sean Law makes his professional debut against Clarke, having recently made the switch from white collar boxing. However, having been in a similar position for all of his 7 unlicensed bouts, Clarke is no stranger to knowing little about his opponent and is ready to go back to his roots to record a third consecutive victory.

“I obviously don’t know anything about Law,” Clarke told www.uko-boxing.com

“He’s a lot like me I suppose. He’s turning over from the white collar stuff and trying his hand at the pro game.

“He’s an unknown quantity but when I was fighting white collar myself, you never knew who you were coming up against. I won all 7 of those fights by knock-out, so I’m not fazed by him.

“He may be like I was when I first turned pro but that’s fine. I’m a better fighter since I turned pro any way.”

Clarke should also have a fitness advantage over his opponent. The 22 year-old has been preparing for his appearance on March Mayhem since the turn of the year whereas Law steps in as a late replacement for Joe Walsh, who now fights Darryll Williams at the Camden Centre on Friday evening instead.

“I kept myself ticking over after the Meikle fight in December and then picked up the intensity as soon as I knew I was on this show, which was a good 7 or 8 weeks ago,” added Clarke. “I’m in good shape and ready to go.

“I’ve got good memories of Walsall Town Hall. I made my debut there last November and really enjoyed it. I’m looking forward to going back. The atmosphere is always good there.

“This is my first full year as a pro boxer and I’m really dedicated to the sport. I’m really enjoying it. I’m much fitter since turning pro and I understand what is required of me. I think that will be an advantage for me over Law.

“I just want to stay fit and be as active as I can this year. After Lewis, I want to get back out there and keep moving forward.